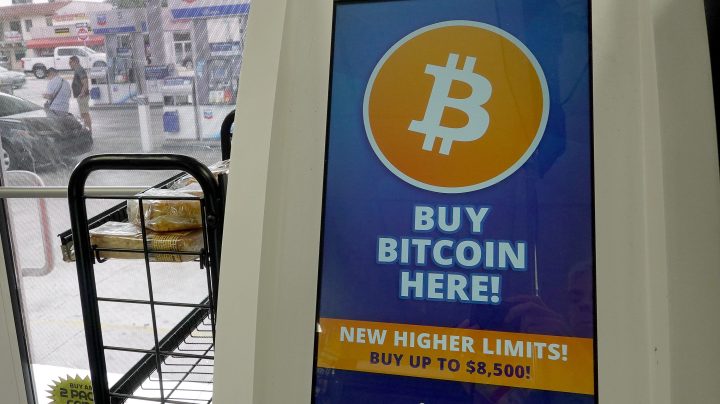 COPY
After a tumultuous week for cryptocurrency, the risk to investors is stirring concern. Joe Raedle/Getty Images

After a tumultuous week for cryptocurrency, the risk to investors is stirring concern. Joe Raedle/Getty Images
Listen Now

Hundreds of billions of dollars in cryptocurrency assets were wiped out this week. That includes the collapse of TerraUSD, a so-called stablecoin that’s tied to the U.S. dollar, though bitcoin and ether recovered some losses today,

And then the crypto exchange Coinbase disclosed that if it ends up going bankrupt, users could lose all the cryptocurrency it stores in their accounts.

There is a distinct whiff of “I told you so” in certain circles. That disclosure by Coinbase is only one reason.

“It struck me that they should have said it a long time ago because it’s absolutely true,” said Timothy Massad, the former head of the Commodity Futures Trading Commission.

He said this week a lot of people learned the hard way that Coinbase and so much else in crypto aren’t regulated by the federal government, despite the risk. “It just shows how volatile this asset class is. There are essentially no fundamentals,” he said.

There’s so much to potentially regulate, according to Lee Reiners, the executive director of the Duke Global Financial Markets Center. “And the question is which agencies should be given authority,” he said.

Massad’s old agency, the CFTC, is one possibility. Another is the Securities and Exchange Commission, where Hester Peirce is a commissioner.

Peirce said the SEC has a lot of authority but hasn’t used it to set “rules of the road.”

“At this stage, it would make a lot of sense to spend some of those regulatory resources on thinking about a reasonable framework for crypto,” she said.

“You can’t just say when something bad happens, ‘We’re going to try to shut down the whole thing,'” she said.

Peirce said that until now, her agency has been regulating by enforcing rules that don’t exist. When they are made, she said, both consumer protection advocates and the crypto industry should be involved.