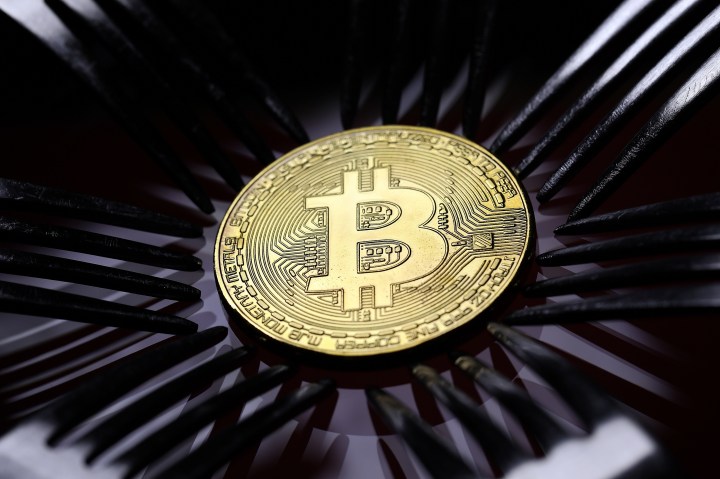 On Sunday, as football fans tuned into the Los Angeles Rams facing off against the Cincinnati Bengals, a mysterious QR code bounced on millions of screens.

That QR code, part of an ad for the cryptocurrency exchange Coinbase, took those who scanned it to the company’s website, where it offered customers a $15 promotional sign-up bonus.

Coinbase spent nearly $14 million on this commercial, according to Sporting News. And apparently the ad was successful by one measure.

The commercial generated so much interest that record traffic crashed Coinbase’s app. Chief Product Officer Surojit Chatterjee tweeted that the landing page had more than 20 million hits in one minute. Coinbase’s shares fell 1.7% to $191.26 before trading opened, reported Reuters.

Other cryptocurrency companies also shelled out millions of dollars for their commercials to be featured during the nation’s most-watched sporting event of the year. Some of the Super Bowl ad time sold for $7 million for 30 seconds, a record, NBC said.

LeBron James gives advice to his teenage self in an ad for Crypto.com. And Larry David of “Curb Your Enthusiasm” taps into the fear of missing out in an FTX ad.

FTX, like Coinbase, also went for audience engagement by creating a “social sweepstakes,” offering a bitcoin prize based on the time the commercial aired for those who retweeted a post of the ad.

Neither Crypto.com nor FTX would disclose what they spent on Super Bowl advertising.

Although game viewership dropped in 2021 to 96.4 million television viewers from more than 102 million in 2020, viewership is expected to rebound for the 2022 game (official numbers aren’t out yet).

Advertisements from crypto companies have grown over the past year, with some companies buying the naming rights for sports arenas and paying sports teams to be featured on their jerseys.

New York University marketing professor Paul Hardart told Marketplace that there are similarities between the target demographic for crypto and sports fans.

“There is probably some overlap with the betting audience and also the collector’s audience,” he said.

But despite the growing publicity surrounding bitcoin, the majority of it is owned by only a small percentage of people. A study from the National Bureau of Economic Research found that the top 10,000 individual investors in the cryptocurrency hold roughly one-third of the bitcoin in circulation.

There’s also a divide based on gender. Sixteen percent of men invest in cryptocurrency — double the rate of women, according to a survey last year from CNBC, Acorn and Momentive.