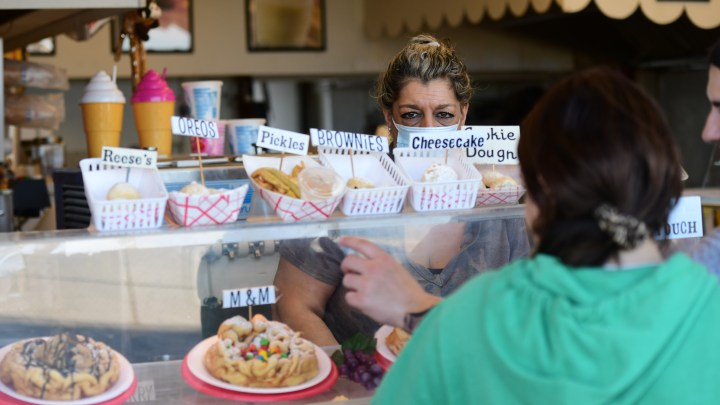 COPY
Wages went up in leisure and hospitality — just in time for summer. Mark Makela/Getty Images

Where wages are headed in this economy? According to the latest jobs report, the answer is up. Wages in May were 5.2% higher than a year ago. That’s down from 5.5% year-on-year in April.

What’s clear from Friday’s jobs report is that most of the growth in wages right now is happening where it’s most needed, said Wells Fargo senior economist Sarah House.

“Low-wage workers have tended to see the biggest wage increases,” she said.

Inflation outstripped wage gains. But, House said, there are more people working and they’re working more hours — which might be helping make up the difference.

“The fact that so many more workers are collecting a paycheck, that we’re seeing aggregate income keep up much better with inflation, and that’s allowing consumer spending to remain strong,” House said.

Income growth varied depending on the sector. Mining and logging and construction saw some of the biggest gains. In time for summer, wages in the leisure and hospitality sector increased, said Elise Gould of the Economic Policy Institute.

“We’re seeing those jobs return. And we’re seeing employers have to pay a bit more to attract and retain the workers that they want.”

That’s not happening across the board, according to Kate Bahn at the Washington Center for Equitable Growth. “Job openings are especially high in professional business services. But then when we look at the pace of wage growth, it is a lower pace than it is for leisure and hospitality. So, it’s a little bit mixed.”

This month’s report indicates the Fed is off to a good start achieving a soft landing as it tries to cool inflation, said Andy Challenger of outplacement firm Challenger, Gray and Christmas. But even a soft landing is going to cause some pain for workers.

“That’s still going to mean an increase in layoffs, a decrease in employees’ bargaining power and less money flowing into wages,” he said.

If the Fed overcorrects, Challenger said, we could see a lot more of each of those.