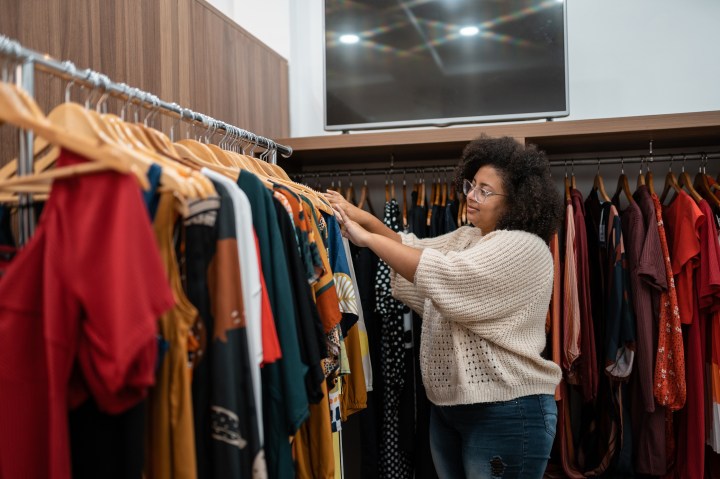 Sixty-eight percent of American women wear a size 14 or larger, according to a 2016 estimate. MesquitaFMS/Getty Images

Sixty-eight percent of American women wear a size 14 or larger, according to a 2016 estimate. MesquitaFMS/Getty Images

At The Wall Street Journal’s Future of Everything Festival, fashion designer Diane von Furstenberg said that offering bigger sizes means spending more to cover the costs of the additional fabric.

“If you are a size 2 and if you are a size 16, you do not use the same amount of fabric,” von Furstenberg said. “You also don’t want to penalize the small people [who would be] paying more because the price has to be the same. It may be very controversial to bring that up. But I think it’s important.”

Von Furstenberg’s comments come following a challenging period for the fashion and retail industry, set off by the COVID-19 pandemic. The entire retail sector was hit, but several plus-size fashion brands in particular suffered.

Ascena Retail Group, the parent company of plus-size chains Lane Bryant and Catherines, shut down nearly 160 Lane Bryant stores and all 320 of its Catherines stores.

“The pandemic really caused a lot of companies to examine all of their business, especially what they may have considered to be incremental business,” said Lisa Hayes, the director of Drexel University’s fashion design program.

Making clothes in larger sizes does indeed cost more money upfront, but if companies were concerned solely about that, they’d fail to reach a vast number of women in the United States, said Lynn Boorady, head of the department of design, housing and merchandising at Oklahoma State University. Sixty-eight percent of American women wear a size 14 or higher, Plunkett Research estimated in 2016.

Plus-size clothing generally costs more, but “we don’t charge extra for tall versus petite, and tall takes more fabric as well,” Boorady said. “We’re willing to pay the money for it, but it’s a slap in our faces to say, ‘Oh, you’ve got to pay an extra $10 for that,’” she said. “As a consumer, I would find that insulting.”

Boorady said she admires companies like Universal Standard that take on the extra expense of making clothing of all sizes, from size 00 to 40. Each garment, regardless of size, has the same price.

She explained that most companies have one model and a sample size. They will test that sample size and then “grade the patterns up and down” to meet their range of sizes.

“A lot of companies complain, ‘Well, if I go into the larger sizes, I have to get a second fit model,” she said.

But Universal Standard is an example of a company that has multiple fit models and a successful business model, she noted.

Boorady said the name of the company, the label of “universal sizing,” is a term she prefers over “plus size” because of how arbitrary the concept of size is in the first place.

“No one can tell you definitively that a size 8 are these exact measurements, because for each manufacturer, for each designer, it’s completely different,” Boorady said. “So if it’s arbitrary to begin with, why do we have to set aside ‘plus’ as the special category?”

While a lot of companies faltered, downsized or completely went out of business during COVID-19, Hayes said she thinks the industry is “back on the upswing now.”

Hayes pointed out that while some plus-size fashion brands took a hit during the pandemic, their customer base may have shifted toward the athleisure market as more employees had the ability to work from home. Sales for plus-size apparel grew by 18% in 2021 — three times faster than the rest of the women’s market, according to the NPD Group, with basics making up the largest share after casual apparel.

Customers now have more choices than they’ve ever had, and if some brands start alienating customers by not giving them the sizes they want, they’ll go elsewhere, said Liza Amlani, principal and founder of the Retail Strategy Group.