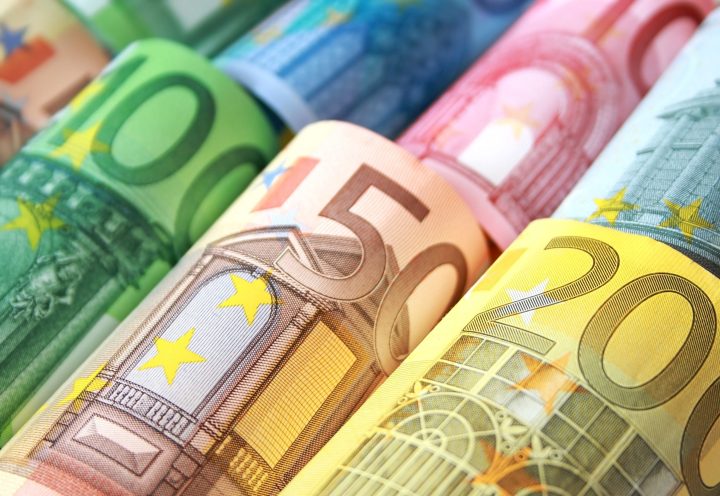 COPY
The euro's value is sliding against the U.S. dollar, which could lead to parity. That hasn't happened in decades. Getty Images

The euro's value is sliding against the U.S. dollar, which could lead to parity. That hasn't happened in decades. Getty Images
Listen Now

The euro continues to sink against the U.S. dollar — quickly moving toward parity, or equal value. Parity hasn’t happened in two decades and would represent a bleak moment for the currency used by 19 European nations. The dollar is getting stronger and European countries are facing significant economic challenges created by the war in Ukraine and the region’s reliance on Russian natural gas. In a world where, potentially, 1 dollar equals 1 euro, who stands to gain? Who stands to lose?

At least one person who stands to gain is Eswar Prasad, a trade policy professor at Cornell. He and his family will be vacationing in Spain this summer.

“And for us, it’s a great deal because it means that tourist expenditures that we have there on hotels and meals and so on are going to be much cheaper,” he said.

Another beneficiary: companies that import products from Europe, like cars from Germany, wine from France or olive oil from Greece.

Which Nicholas Economides, who happens to be Greek and an economics professor at New York University’s Stern School of Business, swears is better than olive oil from Italy or Spain.

“The best Greek olive oil is from the eastern part of Crete. It has excellent flavor and very low acidity,” he said.

I tell him that maybe I’ll buy some because it’s about to get cheaper, but … maybe not. It’s not clear that importers are going to pass on any currency-related savings to consumers.

Now, who loses out as the euro sinks? Europeans who visit America, the American tourism industry and American companies that sell products in the EU.