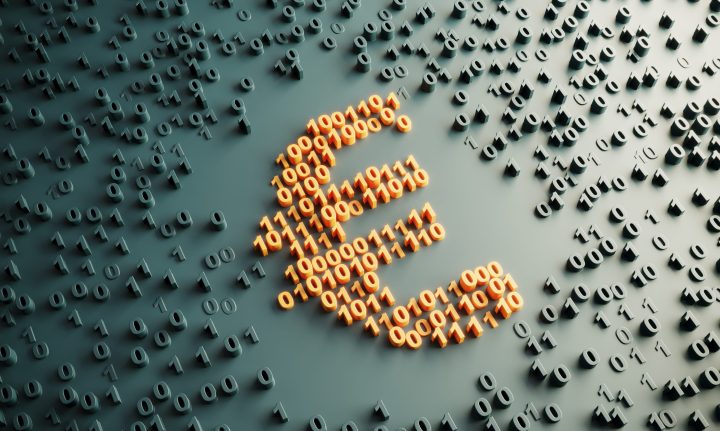 COPY
There are a variety of ways a weakened euro can mess with U.S. companies exporting to Europe. Getty Images

There are a variety of ways a weakened euro can mess with U.S. companies exporting to Europe. Getty Images
Listen Now

You’d think the sliding value of the euro against the U.S. dollar would have a big impact on U.S. companies that export to Europe, but not exactly. That’s because there’s just a lot going on right now.

“Under normal circumstances, a drop in the value of the euro would be severely impacting our sales of U.S. products to Europe. But we’re living in a very unusual time,” said Ed Dorian Jr., president and CEO of Dorian Drake International — an export management company. That unusual time includes supply chain disruptions and aggressive inflation.

However, U.S. companies are feeling the sting of the euro’s drop in value elsewhere.

Marketplace’s David Brancaccio spoke with Dorian about the side effects of a weaker euro on U.S. exporters. The following is an edited transcript of their conversation.

David Brancaccio: A euro, the single currency, costs about one U.S. dollar here. It used to cost $1.20 not so long ago. You work with companies that export to Europe – that will make the American products sent there more expensive. That must cause them some grief.

Ed Dorian: Under normal circumstances, a drop in the value of the euro would be severely impacting our sales of U.S. products to Europe. But we’re living in a very unusual time. First of all, for all the disruptions in [the] supply chain. But we’re also living in a time of rampant inflation. Manufacturers who traditionally might put through a price increase of 2% or 3%, once every 12 or 18 months, in some cases have implemented double-digit price increases two or three times a year, over the last two years. And in the middle of all this, the drop in the value of the euro, which normally would have a big impact and make U.S. manufacturers far less competitive, I think has been kind of obscured. So we have several salespeople that live and travel in Europe, and the feedback we’ve gotten from them is that so far, we haven’t received a lot of pushback from customers about the strengthening of the dollar versus the euro, at least not in Europe. And I say “at least not in Europe,” because it is affecting our competitive position, interestingly enough, in other parts of the world.

David Brancaccio: I guess you’re talking about in reverse when European companies are competing against us here and other countries?

Ed Dorian: Well, let me first talk about the fact that we’re a global company, we export to more than 100 countries across the globe. We are selling mostly higher-quality, higher-priced U.S. products. If we’re vying for a project, bidding on a project – in say, Peru, or in Singapore – with an American product, more often than not, our main competitor is a European manufacturer. And right now, there’s much lower cost for the importer in these markets because of the weaker value of the euro. So it is affecting our competitive position in many markets.

David Brancaccio: Currency goes up, currency goes down, it is an especially unpredictable market. You would have thought it’d be hard to plan on expecting one euro would equal $1. But you know, companies do hedge.

Ed Dorian: Yes, that’s true. And we are being affected in Europe, for sure. And we have a program where we’re warehousing several U.S. lines in a warehouse in western Europe. And we are buying these products and importing them, paying in dollars but offering them to customers in Europe, in euro. And knowing that there was going to be some movement in their currency, we built in a cushion in the event of a weakening euro, but we didn’t build in enough. And so now we’re having to adjust our European prices to manage that. And yes, there are ways that you can hedge currency. And I’m sure some companies are doing that, like buying currencies forward. We’re not playing the game at that level where we need to do that, but we are having to adjust on the fly with a warehouse program like this. And I think many manufacturers who selling in Europe now are, if they’re selling in the Euro, they’re going to have to adjust if they’re costing their products in U.S. dollars. They have to adjust their pricing, or else they’re going to take take a big margin hit.

David Brancaccio: So I think, just to come back to your broader point, when you’re talking to the businesses that you work with … they’re going to tell you… “Yeah, the high dollar, low euro” but ambient inflation and supply chain constraints, those are at the top of their worry list.

Ed Dorian: I think that’s right. And I think for a lot of importers, as I said before, it’s just getting their hands on product right now is a big issue because many products simply, they’re still not available because of disruptions in supply chain. And there are many reasons for that, of course, but the situation has resulted in for us – kind of surprising and very encouraging – sustained demand from customers we do business with around the world. And I think other exporters are seeing the same sustained demand. The question is, how long will it last? Because I think everyone we talked to says at some point when inflation settles – and we’re still all wondering when that will happen – but at some point when inflation settles and the shock of these currency fluctuations sinks in, then I think at that point, we will begin to see the impact of a stronger dollar and a weaker euro. And I might add that it’s not only the euro that has weakened against the dollar. The Japanese yen has devalued at about the same rate as the euro over the last year. The Australian dollar has weakened significantly, the British pound has. One of our bigger markets in Latin America is Colombia and the Colombian peso recently underwent significant devaluation. So we are seeing weakened currencies and weaker buying power in many markets around the world. Again, the impact hasn’t been … we haven’t seen that push back yet that you would normally expect in a situation like this, but at some point we expect it to happen.

David Brancaccio: Well, you also look at it this way, Mr. Dorian, on your next business or pleasure trip to say Europe, it’s going to be pretty sweet, right? Every baguette in Paris or Aperol Spritz in Italy, it’s gonna seem really cheap.

Ed Dorian: Yeah, well our travel costs are gonna go down, that’s for sure. And we do travel a lot to visit customers. So I guess there is one silver lining to this picture. So good point there, David.