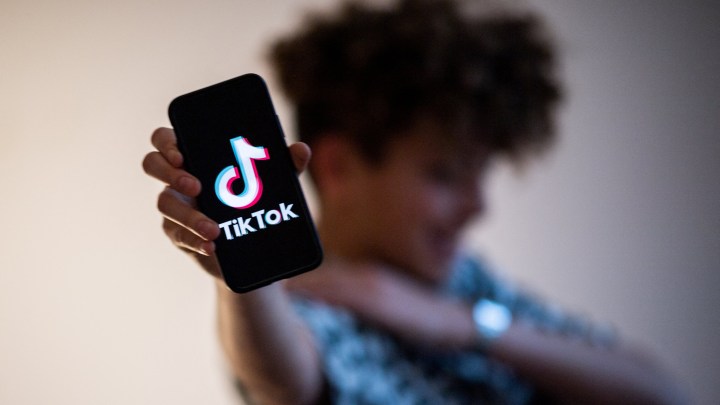 University students across the country are celebrating their graduations. And for the class of 2022, the job market looks quite promising. “Employers plan to hire almost one-third more new college graduates from the class of 2022 than from 2021,” according to the National Association of Colleges and Employers.

The landscape of education is changing, too. Bloomberg reporter Claire Ballentine co-authored a piece about universities offering classes on how to become TikTok influencers. Duke University, for example, offers a course that teaches students about negotiation tactics and how to build their online brand.

“Marketplace” host Kai Ryssdal spoke with Ballentine about just how college professors are teaching their students how to best use TikTok. The following is an edited transcript of their conversation.

Claire Ballentine: I first learned about this from my college group chat. One of the girls from that who I went to Duke with saw one of these people on TikTok posting a video of the class. And from there, I kind of dug into it and found out that other colleges are doing this, too. And this was not around when I was in school. I wish it was.

Kai Ryssdal: Yeah, me neither. I’d be in a whole different line of work.

Ballentine: Right, maybe I wouldn’t be a journalist. But I went to Duke and I sat in on the class. Basically, it’s a group of about 30 undergraduates. Some are interested in being the stars of videos, some [are] interested in being behind the camera, but it’s all about learning how to optimize your viewership on social media, promote yourself and, in some cases, even make money off of videos through advertising. So it encompasses this really crazy new medium of TikTok but also some very applicable skills to any career, like marketing yourself and building a brand around your content.

Ryssdal: Right. And there is some rigor to this course as well, right? I mean, you have to figure out analytics and the stuff that’s going to stick with an audience. I mean, it’s not just the, “Hey, let’s make a TikTok video.”

Ballentine: Right, and even that simple the act of making a TikTok video takes a lot of work; it takes editing, multiple shoots. And then along with that, these kids are analyzing their videos and then trying to figure out why did something do well and something not, how can we get more viewers. So it really dives into a lot of interdisciplinary topics going on.

Ryssdal: OK, on the theory — which not all people subscribed to but which does hold some water on the theory that college ought to teach you how to make a living once you get out — there is money to be made, if you can figure out how to be an influencer on TikTok, even a relatively modest influencer.

Ballentine: Definitely, one of the students in the class was making, you know, up to $6,000 to $7,000 a month from her TikTok videos, and that’s on the extreme end. But even on the lesser end, you know, you can get a pretty solid amount of money, especially for a young person in college, through these. And for some, the goal is to keep doing this even as a full-time career once they build up enough of an income stream.

Ryssdal: Do you suppose this is where college goes in this age of Gen Z and social media and things that are not, you know, the classic liberal arts education?

Ballentine: Well, it was fascinating. I was talking with a professor and his background is in English literature and he approaches this through TikTok being a new form of communication. He was saying that, you know, similar to how colleges have film departments on campus now, in 10 years or so they’ll have social media departments — and I don’t think that’s that crazy, fun idea anymore. I mean, this is something that’s going to be around for a while.