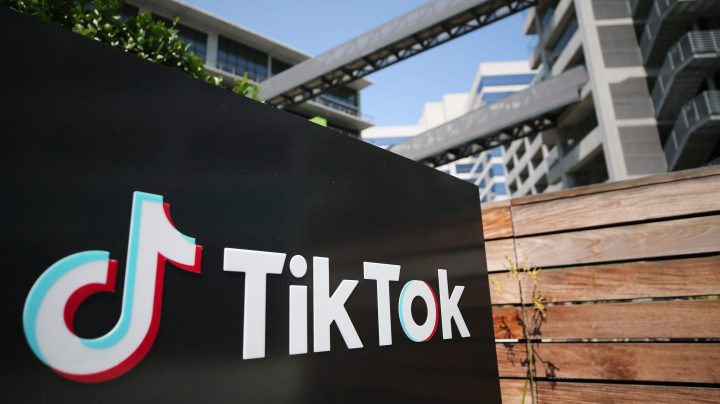 By the end of 2021, TikTok reportedly had 1.2 billion monthly active users. And, with that many users, it’s no surprise that the platform pulled in more than $4 billion that year.

But not much of the app’s revenue trickles down to the content creators themselves. Instead, many look to paid advertising deals and brand sponsorships for income.

The Federal Trade Commission has rules around truth in advertising, including in the realm of social media influencers. If your post or video has a paid endorsement in it, the FTC says you’re required to “make it obvious when you have a relationship (‘material connection’) with the brand.”

On TikTok, however, you don’t have to look far to find examples of unmarked advertisements masquerading as organic content.

Sara Morrison is a senior reporter for Recode at Vox. She joined Marketplace’s Amy Scott to talk about how TikTok creators and other online influencers are skirting the rules around sponsored content.

Amy Scott: So, can you describe what one of these non-ad ads looks like? What would I be seeing or not seeing?

Sara Morrison: I mean, there’s a lot of different things. But you know, you’d have a TikTok, maybe there’d be a product prominently featured in it. Maybe they’d be using it. Maybe they’d be extolling the virtues of it. But there wouldn’t be anything, maybe, saying it’s an ad. So I think for some people, you can sort of tell that it’s an ad or that there’s probably some exchange, but it’s not explicitly said there. And, you know, according to the laws we have in this country, it is supposed to be.

Scott: So give me an example. There’s a content creator/influencer who always seems to have a bottle of a certain drink in her hand, right?

Morrison: Yeah, I think one of the ones I found was Charli D’Amelio. She’s the second-most-followed person on TikTok. And I do think sometimes she does have these disclosures correctly, but there will be a couple times where, like, this drink Muse, she’s holding it, she’s talking about it, whatever:

Charli D’Amelio: This one’s pretty simple. They’re really good. And I really like them. And they have a lot of different flavors and a lot of health benefits.

Morrison: But she doesn’t explicitly say, “This is an ad” or “I’ve been given some kind of compensation in some way to be talking about this.” And I mean, I guess it’s very possible that in that particular instance, she just happened to want to tell us about Muse, but she does, as far as we know, have some kind of relationship with them already.

Scott: So one of the questions in your piece is kind of who’s responsible for this, right? Is it the platform? Is it the influencer? As you mentioned, some of them are very young, and it’s sort of a cottage industry. Or is it, you know, regulators? Is the FTC actually, you know, policing these sponsored-content posts?

Morrison: Yes, that’s the tricky thing because I guess I had always assumed that it was the influencers, like you’re supposed to know the rules and do them. And if you don’t, it’s on you. It’s a little more complicated than that, actually. Because brands, and maybe the intermediaries like the agencies that they’re working with, they’re also supposed to be having monitoring and compliance programs to make sure that the people they’re paying are marketing their products, you know, according to the rules. And then, yeah, the FTC is one of the agencies in this country that is supposed to be regulating this, but they have a huge job beyond watching TikToks for proper ad disclosures. It’s like an impossible job.

Scott: So what’s the harm? I mean, you know, most viewers are probably pretty savvy and recognize, oh, you know, that that Muse bottle keeps showing up, so clearly this is an ad. But you argue that there are vulnerable people using TikTok who may not be aware of that.

Morrison: Sure. I mean, it’s an audience that skews younger, and they tend to just be more, like, engaged. And these might not be things that they would have bought or known about otherwise. I mean, that’s what ads are for. Somebody I talked to in my article said, you know, it’s kind of small potatoes when you look at it that way, and I don’t disagree. But we have a case that’s actually on Instagram where there was this detox tea company that wasn’t disclosing ads, and it was people like Cardi B who were doing these. So people were, you know, getting Cardi B or whatever, telling them that this detox tea would do all of these health things that it wouldn’t. And then another thing to think about is the harm to other companies. Like if you are doing things right, but the competitor isn’t, and people are buying those products because they don’t quite see that they’re ads, and so they’re more prone to think this is a legitimate, genuine endorsement.

Scott: And to actually watch it, right?

Morrison: Yeah, your business is kind of suffering because you’re following the rules, and a product that may not even be better than yours is doing better because they may be cheating.