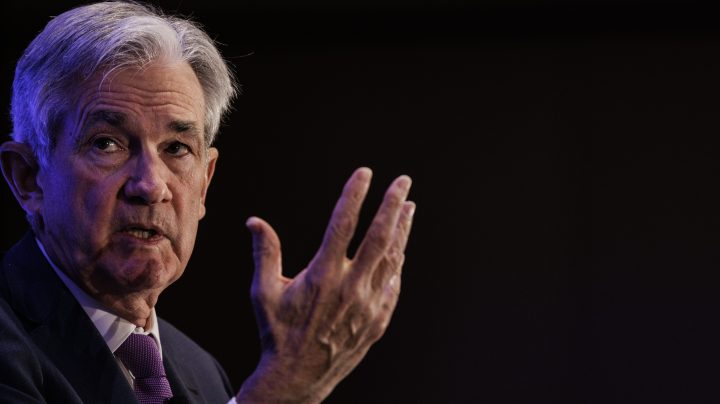 The Federal Reserve is expected to increase its benchmark interest rate by half a percentage point Wednesday. At the Fed’s last press conference, in March, Chair Jerome Powell noted that in addition to rate hikes, the central bank has another tool it plans to use to fight inflation.

“There’s also the shrinkage of the balance sheet,” Powell said. “People do the math different ways, but that might be the equivalent of another rate increase.”

In an environment of high inflation and rising interest rates, we asked Cathy Zhang, an economics professor at Purdue University, to help us break down the balance sheet.

What is the Fed’s balance sheet?

“The Fed’s balance sheet is going to be a financial statement that’s in fact updated weekly,” Zhang said. “It shows what the U.S. central bank owns and owes.”

On the assets side of its balance sheet, a household might own stocks, bonds or a house. The Federal Reserve’s assets include Treasury debt and mortgage-backed securities. Like a household’s loans or mortgage, the Fed balance sheet also includes liabilities: U.S. paper currency and money that commercial banks hold in accounts at the Fed. According to its most recent update released Thursday, the central bank’s balance sheet is just under $9 trillion.

Why is the balance sheet an important policy tool?

To understand the balance sheet’s role in monetary policy, we have to go back to the Great Recession, Zhang said. Under Chair Ben Bernanke, the Federal Reserve cut rates to the 0 to 0.25% range by the end of 2008 — down from 5.25% in September 2007, before the downturn.

“There’s only so much you can cut interest rates by,” Zhang said. “So once you hit zero, you’re at a lower bound. And that wasn’t enough to stimulate the economy, and so what the Fed did was they turned to more unconventional tools.”

The Fed started using the balance sheet to pump money into the economy for the first time.

“It started buying a lot of long-term Treasuries and federal agency debts and also mortgage-backed securities,” Zhang said. “The idea of this was to … increase the availability of credit.”

The Fed’s balance sheet grew from below $1 trillion before the Great Recession to $4.5 trillion in 2015. By buying these assets and increasing the availability of credit, the Fed helped ensure that businesses could take out loans to grow, hire and retain workers, and it also kept mortgage rates low.

What are the risks of shrinking the balance sheet?

In 2017, the Federal Reserve started the process of shrinking its balance sheet post-Great Recession. But after around two years, volatility in the money markets caused the central bank to stop the shrinkage process.

Now, the Federal Reserve is going to start shrinking the balance sheet again, for only the second time ever. This time, its balance sheet is worth trillions more than it was after the Great Recession.

“With even the levels of this current balance sheet, these are going to be big market moves,” Zhang said. She’s waiting for the Fed to release a schedule of how and when it will reduce the assets it bought during the pandemic.

“I’m a little worried about the effects on financial markets,” she said. “Whether this is going to be just a temporary shock or a more long-lasting one, that’ll depend a lot on what their announced schedule is.”