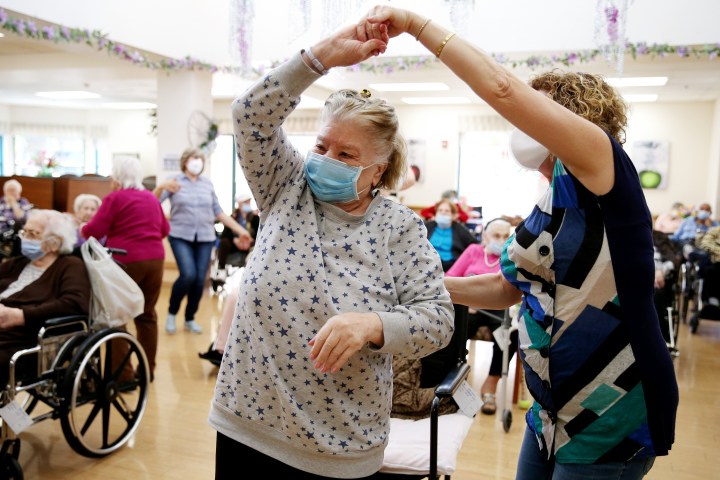 Workplace retirement plans are meant to help you afford to have some fun after you're done earning a paycheck. More than half of working adults participate. Mario Tama/Getty Images
I've Always Wondered ...

Workplace retirement plans are meant to help you afford to have some fun after you're done earning a paycheck. More than half of working adults participate. Mario Tama/Getty Images

Is there a requirement for nonprofit and educational institutions to use 403(b) retirement accounts? There is lots of evidence that they are worse in terms of options and fees. Why not just use 401(k) style accounts at those institutions? What is the actual difference between the two accounts?

If you’re a private-sector worker, chances are you’re familiar with 401(k)s. But if you’re in the public sector or work for a nonprofit, you’re probably familiar with another hodgepodge of numbers: the 403(b).

Both of these retirement plans allow employees’ savings to grow tax-deferred. And both have a maximum contribution limit of $20,500 for 2022, which increases by $6,500 for workers 50 or older.

However, 403(b)s have received criticism in recent decades because the fees associated with these plans are generally higher compared to 401(k)s, and the plans are subject to less regulation.

Here are some of the basic differences: Workers at only some organizations are eligible for 403(b)s, including certain nonprofits, K-12 public schools and public colleges, cooperative hospital service organizations and churches. However, while they are the only entities that can offer these plans, they also have the option of offering 401(k)s.

403(b)s also offer a “catch-up” feature that allows employees who have worked for the same employer for 15 years to contribute an extra $3,000 annually.

But one of the most important differences between the two is that 401(k)s are subject to a 1974 law known as the Employee Retirement Income Security Act, explained Dan Otter, a former teacher who runs the educational website 403bwise.org.

Otter, who taught in K-12 schools, helped launch the nonprofit in 2000 with fellow educator John Moore. The site educates people on how 403(b)s operate and how to navigate these plans.

403(b) plans sponsored by private tax-exempt organizations generally face ERISA requirements, while those offered by public K-12 schools do not, Otter said. And the lack of ERISA rules governing some 403(b)s can leave employees vulnerable.

Under ERISA, a plan has to give participants key information about its features, including what it’s providing them, the rules that govern it and when they can start to participate, according to the U.S. Department of Labor. Plans are also required to have a grievance and appeals process for employees to claim their benefits.

ERISA basically says you have to work in the best interests of your employees. Otherwise they can sue the company, said Chris Reddick, who owns his own financial planning company.

Experts told Marketplace that 403(b)s had historically been sold by insurance companies that  sold annuities, which provide participants with guaranteed lifetime income. Since then, 403(b)s have expanded to offer employees mutual funds as well. While 403(b) plans can offer most exchange-traded funds, they rarely provide them, according to Plansponsor.

Annuities can be costly, with annual expenses amounting to 2%, while the typical ETF expense ratio is less than 1%.

A 2016 report from consultant Aon Hewitt found that 403(b) participants lost roughly $10 billion, in aggregate, a year due to excessive fees.

You can still have a 403(b) with good investment options and low fees, so a 401(k) isn’t always better, said Dan Doonan, executive director of the National Institute on Retirement Security.

Doonan said when you’re choosing an investment plan, it’s very important to review the fees and costs, no matter how low they may appear. Even a small percentage will add up to big costs over your working years.

Tax-exempt employers could only offer tax-deferred annuity programs through 403(b) plans until 1996, when they were allowed to offer either plan, wrote Mary Claire Chesshire, an attorney for the law firm Whiteford Taylor Preston, in a piece for Association Trends magazine.

“However, due to employee familiarity with the existing programs and investment options, many employers hesitated to convert to 401(k) plans and many 403(b) plans are still operational,” Chesshire wrote.

Companies have pitched plans in lunchrooms, union offices and even classrooms, which is where Otter learned about them, according to the 403bwise website.

Scott Dauenhauer, who also helps operate 403bwise and owns Meridian Wealth Management, said that when it comes to K-12 schools, most states do not offer 401(k)s. The exceptions include Colorado, Idaho and Tennessee.

“Since the 403(b) pre-dated the 401(k), the main reason it’s still being offered is that it’s the legacy plan (it was always there), and the insurance industry would fight tooth and nail to prevent it from disappearing,” he explained over email.

Otter said one way to address the retirement savings issues employees face is to simply provide them all with the Thrift Savings Plan, which is used by federal agencies and comes with matching contributions.

The problem with DIY retirement plans

While there are advantages to 401(k)s, some economists argue that the entire concept of do-it-yourself retirement plans is flawed.

“If you sit down with Americans now and show them how much they need, and how much they have, we would get 90% of people realizing they don’t have enough,” labor economist Teresa Ghilarducci said on the Marketplace show “Make Me Smart.” “And that’s because we didn’t increase Social Security for the past 40 years.”

Ghilarducci said that 401(k)s were initially meant to supplement company pensions. But over time, it deviated from its initial purpose, becoming the primary way Americans could save for retirement.

Ghilarducci said these plans work if you consistently contribute a certain amount of your pay starting at a young age and never face hardships like unemployment or have to deal with high-fee investment managers.

“But the problem is that the system wasn’t built for the human beings that we have or the labor market that we have,” Ghilarducci said.

Ghilarducci said it’s time for big policy changes, and one of them could be to lower the Medicare eligibility age from 65 to 50 because of the high cost of health care. (President Joe Biden has proposed reducing it to 60.) She also hopes the country expands Social Security and provides a pension plan for all Americans.

But for now, to address the flaws in the retirement savings system, the House of Representatives recently passed a bill called Secure 2.0.

The law would require employers to automatically enroll eligible workers into their 401(k) and 403(b) programs at a contribution rate of 3%.