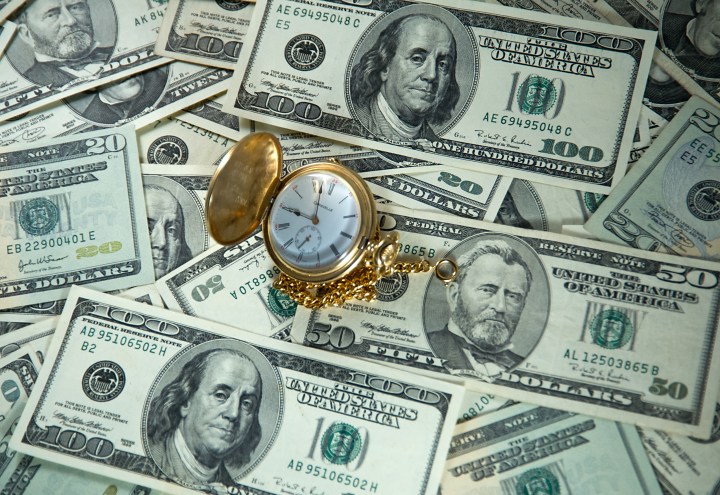 By the end of 2020, the average 401(k) balance reached $121,500, 11% more than the previous quarter, according to Fidelity Investments. The rise, which reflects significant stock market gains last year, is good news for those who participate in the retirement savings plans.

But millions of private-sector workers aren’t covered by an employer-sponsored retirement plan, and they’re disproportionately low-wage workers and those employed by smaller businesses.

“Only about half of private-sector employees work at companies that offer a retirement savings plan,” said Marketplace senior economics contributor Chris Farrell. “It’s true, they could open up an [individual retirement account] on their own, but most don’t.”

While lawmakers from both sides of the aisle have proposed tactics for increasing the number of people who save for retirement, no national solution has materialized. But several states, including Oregon, Illinois and California, have enacted their own automatic IRA programs, with several more states following suit in 2021.

And now new research about one of those state programs, OregonSaves, suggests it might offer a roadmap for national policymakers seeking to expand retirement savings among workers.

Farrell spoke to “Marketplace Morning Report” host David Brancaccio about the findings. The following is an edited transcript of their conversation.

David Brancaccio: How many private-sector workers don’t have access to a 401(k) or 403(b)?

Chris Farrell: Only about half of private-sector employees work at companies that offer a retirement savings plan. Most of the uncovered work at smaller businesses, and they typically earn lower wages. So it’s true, they could open up an IRA on their own, but most don’t.

Farrell: Right. There have been all these national initiatives, but these ideas never gain momentum. And it’s largely because the financial services industry was opposed. And so, frustrated with the lack of progress, several states stepped into the policy vacuum, and one is Oregon’s automatic enrollment retirement savings program. This is for private-sector workers who don’t have access to other workplace retirement plans. It’s called OregonSaves.

Brancaccio: Eligible people in Oregon, if they do nothing, what happens? What is this plan?

Farrell: I don’t want to get too deep into the weeds, but it’s structured like a Roth IRA (Roth simply means the retirement account is funded with after-tax dollars). Enrollment is automatic, but employees can opt out. In private-sector firms without an existing retirement savings plan, they’re required to enroll their employees. To keep costs down for employers, there’s no company match. And the default after tax contribution rate is 5%.

Brancaccio: What happened? Did it increase the number of private-sector workers in Oregon who are saving?

Farrell: That’s a question four economists decided to pursue. Their conclusion is that the plan “meaningfully increased” employee savings. They did note that a number of employees opted out of the plan, but they said for low -wage workers, meeting current needs before contributing to an IRA may have been a rational choice.

Brancaccio: So what is in Oregon stays in Oregon, or might we see something like this spread?

Farrell: The basic concept is called the auto-IRA concept; it was actually developed originally as a national plan. And the design is a good combination: It was low cost for employers, but the mandate does expand the number of people who are saving for their retirement. And the results suggest just make it a federal program.