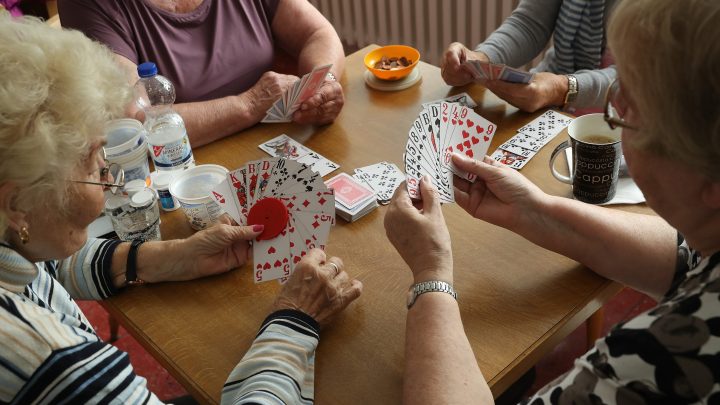 If you’re lucky enough to work somewhere that offers a company-sponsored retirement plan — and many in the private sector are not —chances are that plan is a 401(k) or its cousin, the 403(b).

Back in the day — meaning pre-1980s — you may well have had a pension. But pensions have gone the way of snail mail and faxes — they’re still around, but they’re a lot less common than they used to be.

Instead, these days, it feels like we hear more about companies freezing or cutting pensions than offering them. (At least when it comes to private companies — pensions are still quite common for people who work in the public sector, like local government employees or public school teachers for example.)

So what are the differences between a pension and a now much more common 401(k)?

What is a pension?

A pension is a retirement plan that guarantees you a set amount of money every month, for life, whether you live to 75 or 95, or beyond.

“It is an arrangement where your employer puts aside money for you while you’re working, and then when you retire, your employer pays you a fixed amount each month for as long as you live,” said Alicia Munnell, director of the Center for Retirement Research at Boston College. “You don’t have to think about how those monies are invested. And you don’t have to worry about how long you’re going to live, and the risk of outliving your resources.”

Because a pension guarantees you a set amount of money every month, you might also hear it called a defined benefit plan.

“Usually the benefit formula is tied to years of service and your salary history,” said Nari Rhee, director of the Retirement Security Program at the UC Berkeley Labor Center. So, the longer you stay at one company, and the more you make toward the end of your career, the higher your monthly pension is going to be.

A 401(k) is a savings and investment account that you put your own money into, pre-tax, and that you can only take out — at least without a penalty — once you hit retirement age. “And the employer will often match that or commit a fixed amount themselves,” said Sarah Brooks, a professor of political science at Ohio State University.

Generally though, Rhee said, a 401(k) is an account “you are primarily responsible for contributing to, and you have to save enough in it and also realize enough investment returns to try to get to adequate retirement income.”

Then, once you retire, “you have to figure out how you want to use it, and how you’re going to invest that money after you stop working,” Munnell said. Which can be tricky for a lot of people.

“You face the risk of either spending too much and exhausting your resources, or spending too little and depriving yourself of stuff you really need.”

401(k)s are also often called defined contribution plans (as opposed to defined benefit) — you set what you’re putting in every month while you’re working, but have no guarantees of what you’ll actually have to live on when you retire.

What are the key differences?

A 401(k) is one big lump sum, whereas a pension is paid out in monthly installments.

If you spend the lump sum you have saved up in your 401(k), that’s it, it’s gone, you’re out of retirement money.

Beyond that, though, “the key difference I think of in terms of costs and risks are that the traditional company pension, the [defined benefit], place a lot of cost and risk on the employer and the 401(k) style defined contribution transfers the cost and risk to the employee,” Brooks said.

For people who have a pension, “your only risk is that the company will freeze it or won’t live up to their promises if they go into bankruptcy,” she said. And though there are protections, both for people with public and private sector pensions, that is still a risk, she said, “especially these days.”

Is one objectively better?

On the surface, in a lot of ways, a pension sounds better. But it’s a little more complicated than that.

It comes down to your work habits. Are you going to stick with one company for most or all of your working life? Or are you more likely to bounce around every few years?

“If people continue to do like they did in the old days, to go to one employer, remain with that employer for life, then it’s much better to have the old fashioned pension plan,” Munnell said. “That arrangement doesn’t work well if people are moving in and out of jobs.”

In general, Rhee said, pensions are better. Unless “you’re a younger worker and you don’t know that you’re going to stick it out with this employer for the long haul, then the 401(k) might be a better option, because pension benefits are backloaded,” she said.

Fewer people these days do stay with one employer for decades, and the disappearance of pensions in the private sector has likely played a role in that trend, according to a 2016 AP-NORC survey. It found that of those who had been with one company 20 years or more, two-thirds had a pension. Among those who’d switched jobs more often, only a third had a pension.

Big picture, the move away from pensions and toward 401(k)s has made a lot of people less secure in retirement, according to Brooks.

“The traditional pensions gave a lot of people a lifetime of economic security in retirement. Which most of our contemporary middle-class workers are kind of struggling with right now.”

Is the system working?

Very few people would say that the retirement system in the U.S., as it exists today, is working well for most Americans.

“One of the things that’s very important to remember when you’re talking about both pensions and 401(k)s is that we’re talking about actually the lucky people in our society,” Munnell said. That’s because roughly a third of people working in the private sector, have no access to an employer-sponsored retirement plan of any kind.

That, she said, needs to change.

“One goal, I think, should be that all workers have some way to save for retirement it through their payroll deductions, because that’s the only way people save.”

Another thing that she thinks needs to change? The risk needs to be shared.

“It really doesn’t make sense, in some sense to have a retirement plan where one entity bears all the risk,” she said. “The way we had it originally was that we had employers bearing all the risks. Now we have a situation where employees bear all the risk.”

Neither, she said, is sustainable. But she also doesn’t expect that to change in the foreseeable future.

Personal finances got you stumped? Send us your FAQ using the form below.