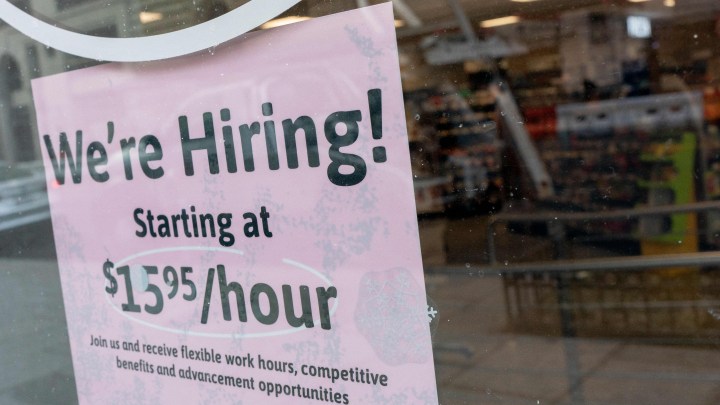 Find an employer who isn’t trying really hard to hire more workers and keep the ones they have and you’ll have a unicorn in today’s labor market.

Unemployment has fallen back to pre-pandemic levels. Jobless claims — a proxy for layoffs — are at a 50-year low and the share of workers quitting their job is near a record high. Two new surveys give us a hint at what’s driving workers right now.

Nearly half of American workers are looking for a new job, or plan to in the next year, and they think they’ll make more money just by switching jobs, according to recruiting firm Employ.

One in three are so confident about their prospects, they’re ready to quit without a new job lined up, according to Employ CEO Pete Lamson.

“The labor market today really is a golden age for workers,” he said.

Except all that turnover is stressing some workers out. “Seventy-eight percent are feeling burnout, and a driver of that: so many of their coworkers have left, which increases their workload,” Lamson said.

One big source of worker bum-out? “Twenty-eight percent of American workers feel their manager is the single-most stressful part of their day,” said Tim Glowa at consulting firm Grant Thornton.

The firm’s latest “State of Work” report finds getting a new job usually leads to an increase in pay, but not necessarily job satisfaction. About one-third of job switchers say their new position doesn’t meet their expectations.