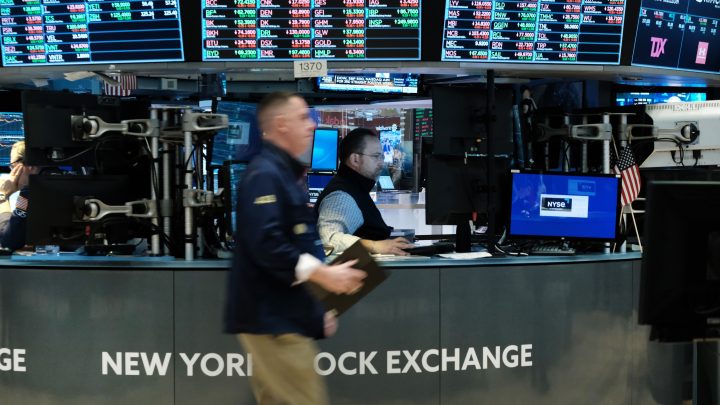 COPY
Shareholders are the prime beneficiaries of stock buybacks, but is that the best use of excess corporate cash? Spencer Platt/ Getty Images

Shareholders are the prime beneficiaries of stock buybacks, but is that the best use of excess corporate cash? Spencer Platt/ Getty Images
Listen Now

Stock buybacks have been in the news lately. Last week, two very different firms announced they are repurchasing some of their shares — transportation company Norfolk Southern and athleisure maker Lululemon. Starbucks is going the other way. In his first day back as CEO, Howard Schultz announced he’s suspending the company’s buyback program to free up dollars to invest in the coffee chain’s workforce.

When a company has extra money on hand, it has a few options. It can sit on it, reinvest it in the business or pay it out to shareholders through dividends. Another way it can reward shareholders is by repurchasing its own shares.

In a share repurchase, also called a stock buyback, a firm goes into the open market to buy its own shares of stock and retires them.

According to Alice Bonaime, a professor at the University of Arizona, stock buybacks reduce a company’s total share count and boost per-share profits.

But they also send a message. Sometimes the message is that management believes the shares are undervalued.

“You often hear firms saying things like, ‘We believe our stock is the best investment out there.’ And so definitely they’re trying to build confidence with shareholders,” she said.

In the early days of the pandemic, companies were trying to conserve money. But in the last 18 months or so, buybacks have made a comeback, according to senior index analyst Howard Silverblatt with S&P Dow Jones Indices.

“Where we stand now is that companies are spending more money and setting records,” Silverblatt said.

Silverblatt said the trend is partly fueled by higher corporate profitability, making it easier for companies to afford the repurchases.

But also they are spending more because prices are up significantly. The market is just more expensive now.

The money companies are spending on their own shares is money they’re not investing in their businesses, said William Lazonick, professor emeritus of economics at the University of Massachusetts, Lowell.

Too much focus on propping up stock prices can detract from companies’ long-term success, Lazonick added.

Another vocal critic of stock buybacks is President Joe Biden. He recently proposed new restrictions, saying buybacks reward executives but get in the way of innovation and growth.