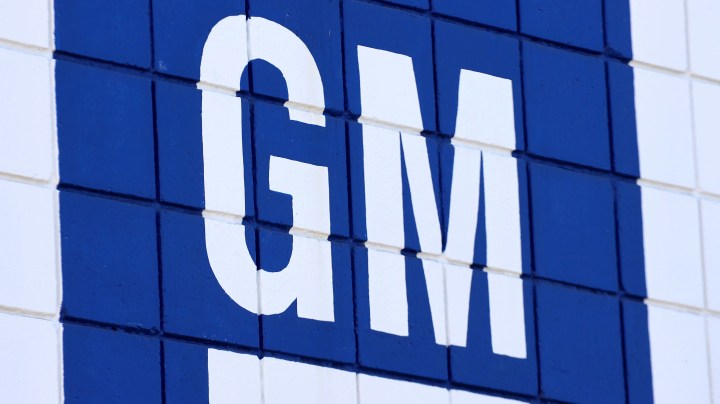 COPY
General Motors says it will buy back $5 billion worth of its own stock, but critics say the company could use the money to pay workers more or advance green initiatives. Mario Tama/Getty Images

General Motors says it will buy back $5 billion worth of its own stock, but critics say the company could use the money to pay workers more or advance green initiatives. Mario Tama/Getty Images
Listen Now

Detroit automaker General Motors announced on Friday that it’s bringing back a quarterly dividend after suspending it early in the pandemic to preserve cash. The company is also resuming what it calls “opportunistic share repurchases,” with plans to buy back $5 billion worth of its own stock.

This maneuver has earned something of a bad rap. But why is it that we love to hate share buybacks?

When companies have the cash to spare, buying back shares is one way executives can reward shareholders. It’s a move that can boost the share price, but critics say there are better ways to spend that cash.

“Every dollar that goes into share buybacks is $1 that’s taken away from something else,” said Niko Lusiani of the Roosevelt Institute.

He pointed out that GM, for example, could use the $5 billion it’s just set aside for buybacks to pay its workers more, reduce prices or bolster key initiatives, like a deeper push into electric vehicles.

“That’s $5 billion that could be going into really accelerating the pace of getting those EVs into the market,” Lusiani said.

The company is moving forward with its EV plans, said GM spokesman Jim Cain. Its first battery plant is set to open within days in Ohio, with more underway.

“The investments have reached a critical mass and the earnings are so strong, it means there is capital we can return to shareholders while keeping all our other investments on track,” Cain said.

Buybacks may not be popular with everyone, but they’re a critical tool, said Charles Elson of the University of Delaware.

“If you don’t return money to the investor, then no one’s going to invest, and then you’re not going to have any sort of business going forward, or the products that you produce won’t be produced,” he said.

One other critique is that executives use buybacks to juice a company’s stock price, often right around the time earnings season rolls around.

There’s one other thing to keep in mind, said Alice Bonaimé of the University of Arizona: “There’s this idea that I’ve reduced the number of shares, and think ‘Bing! My stock price is going to go up.’ But the value of the firm has also gone down.”

GM didn’t say in its announcement what the timeline for its buyback program will look like. The newly passed Inflation Reduction Act includes a 1% tax on stock buybacks that kicks in next year.