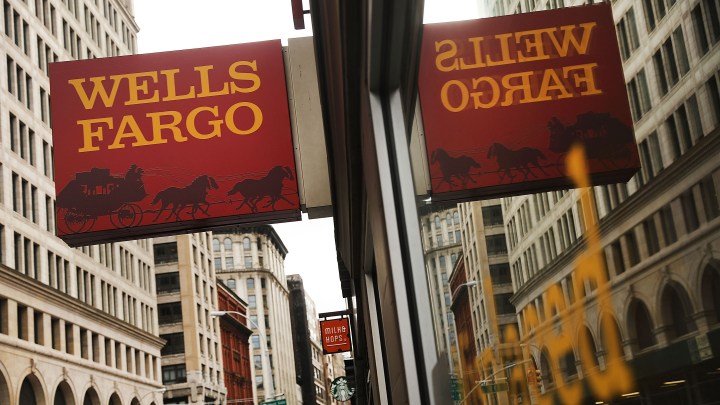 COPY
Wells Fargo, for instance, is doubling its dividend and plans to buy back $18 billion in stock. Spencer Platt/Getty Images

Wells Fargo, for instance, is doubling its dividend and plans to buy back $18 billion in stock. Spencer Platt/Getty Images
Listen Now

The Federal Reserve has lifted restrictions on big banks that limited the profits they could hand back to shareholders during the pandemic. With the U.S. economy recovering amid vaccinations, big banks are about to let loose by hiking dividends and purchasing back their own shares, which can make stock prices jump to the delight of investors.

William Lazonick, a professor emeritus of economics at the University of Massachusetts, Lowell, put these moves in context. The following is an edited transcript of his conversation with “Marketplace Morning Report” host David Brancaccio.

David Brancaccio: You worry about this. You see buybacks as tending to be, what, unproductive?

William Lazonick: Well, not only unproductive. They should be illegal. They’re just being used to manipulate their stock price. The banks, as do all the companies, say that they’re returning cash to shareholders, but the shareholders never gave them money. I mean, these banks go back, way, way back, and actually who funds banks? It’s depositors. And so if you think of it, all of this these billions of dollars that the banks are giving to shareholders, this funneling to them, could be used to give you more than the measly 0.1% rate you get as a depositor. These banks, they could be used to pay their employees better, like tens of thousands of people. They could be used to stop avoiding taxes. Of course, the Trump tax cuts of 2017, everybody knows that they were done — on both sides they were saying, “They’re just going to do a lot of buybacks with these taxes.” And so it just should be stopped.

Brancaccio: Some politicians, many on the left, but some on the right — Sen. Bernie Sanders, Sen. Elizabeth Warren, but also Sen. Marco Rubio, have in the past expressed distaste for companies that use so much of their profits to buy back their own stock. Do you think there’s an appetite growing in Washington to address this, as you’ve been calling for?

Lazonick: It’s an interesting question, because the person in the Senate who’s been more upfront is Sen. Tammy Baldwin, who actually has a bill called the Reward Work Act, which would rescind the Securities and Exchange Commission rule of 1982, which allows these massive stock buybacks without being charged with manipulation. I call it a license to loot. But, Joe Biden, when he was vice president, was a big critic of buybacks. He wrote an op-ed in the Wall Street Journal in September 2016, saying, you know, stop the buybacks.

Now, what’s happened since then is they’ve gone silent on this issue. In the summer of, about a year ago, when they were doing the economic plan with the Sanders people — the Biden people and the Sanders people — this issue disappeared from anything they talked about, and it hasn’t been brought up now. And even though Biden would like to increase the corporate tax rate — it went down from 35% to 21% in 2017, and he’s trying to put it back to 28% — the argument is not being made that all they did with this was buybacks, so why did we give it to them anyway? So somebody is telling them, “Don’t talk about these things.”