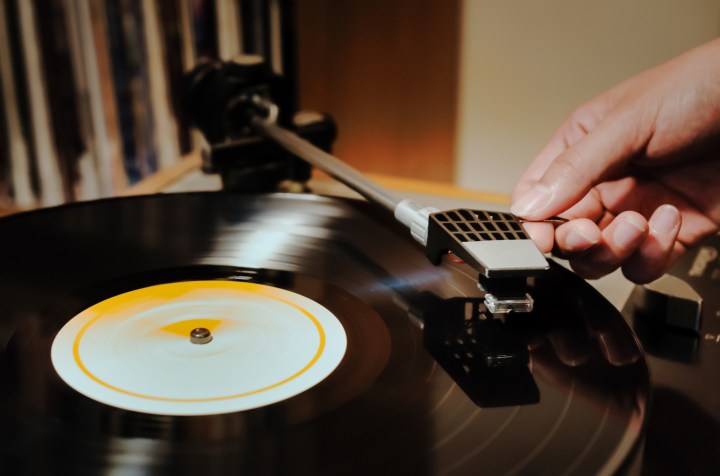 Renowned rock journalist Ben Fong-Torres, in his book “The Hits Just Keep on Coming,” declared that radio station owners and disc jockeys were able to create a “national jukebox” by adopting the Top 40 format — a rotation of the top hits of the day.

The category emerged in the 1950s, and it had its detractors, including the DJs themselves.

“Disc jockeys raised on ‘good music,’ or who liked jazz, R&B, and other roots music, sniffed at the pablum they were sometimes forced to play, then considered their employment options and cozied up to its performers at record hops and station-sponsored concerts,” Fong-Torres wrote.

Despite their hesitation, and although some in the industry were implicated in “payola” scandals (the practice of paying a station to play a song), Fong-Torres asserted that “Top 40 meant democracy in radio.”

Todd Storz — the owner of AM station KOWH in Omaha, Nebraska — is credited with inventing the format, according to Fong-Torres. However, he wrote that the precise origin story is murky.

One story that abounds is that Storz and his program director, Bill Stewart, were discussing how to improve KOWH’s ratings at a bar in Omaha sometime between 1953 and 1955, Fong-Torres wrote.

The two discovered that customers had been playing certain songs over and over on the bar’s jukebox. When Stewart noticed a waitress playing the same songs again, he asked her why, to which she replied: “I like ‘em.”

Storz, with the help of the waitress, wrote down the names of records that people played throughout the evening and used this jukebox theory to inform the choice of songs his station played.

According to influential TV and radio personality Dick Clark, Storz would say, “Hey, people go into a saloon and they play the same forty records over and over again.”

But George W. “Bud” Armstrong — a manager at Storz’s New Orleans station, WTIX — said the format was devised in response to the music show “The Top 20” at 1280 from rival station WDSU.

Another description of Top 40’s origins comes from the book “The Emergence of Rock and Roll,” in which author Mitchell K. Hall also said Storz came up with the idea after observing people’s jukebox habits, but pegged the year at 1951.

Despite the uncertainty surrounding the format’s genesis, Storz generally remains at the center of its creation story. Gordon McLendon, a Texas broadcaster, also adopted the Top 40 concept and helped popularize it.

“McClendon and Storz were really the two big powerhouses, the two pioneers of the Top 40 format in the 1950s. Between them they covered a lot of markets,” said Rich Appel, the host of “That Thing with Rich Appel,” a nationally syndicated radio show, and a programmer for AccuRadio.

The term “Top 40” refers to a format used by radio stations, but also operates as a broader description of popular music.

Different genres of music have taken turns in the Top 40 spotlight. When Nirvana and Pearl Jam became popular in the ’90s, Top 40 started sounding more rock-oriented, said Geoff Mayfield, a music industry analyst who worked with Billboard magazine for more than two decades.

Then teen pop arose in the late ’90s, showcasing the Backstreet Boys, NSync and Britney Spears, followed by the emergence of hip-hop as a popular genre, Mayfield added.

“That kind of shows you what Top 40 always does, which is it’s always trying to hone in on whichever music flavor is gonna gather the most ears,” Mayfield said.

Despite the name, stations haven’t always played precisely 40 songs, with the number of selections fluctuating.

“The history of the format is that it keeps tightening and occasionally loosening back up over the years,” explained Sean Ross, a veteran radio industry researcher and the author of the newsletter Ross on Radio.

By the 1980s, the industry had stopped using the term “Top 40” and started using “contemporary hit radio,” according to Ross.

“Because at that point, people didn’t feel the literal ‘Top 40’ was relevant,” he said. “But we eventually reached a point where there were 40 hits again.”

Ross attributes the increase to the success of artists like Prince, Michael Jackson and Bruce Springsteen in the ’80s. The resurgence continued into the ’90s and early ‘00s.

Throughout their history, radio stations devised their list of top hits through varied methods, not just record sales. Inclusion has also been based on listener requests or audience ratings, Ross explained.

Rich Appel recalled that his first job in radio was being an intern at WRKO, a Top 40 station in Boston, where he would help create the week’s list of hits.

“I would spend all Tuesday morning calling every record store on the list to get their top-selling singles and albums,” said Appel, who began working at WRKO in 1980.

But nowadays, with the decline of record sales and request lines, stations are taking into account a song’s success on streaming services.

Unless we’re talking about a popular artist with a devoted fan base, like Shawn Mendes or Harry Styles, a label will typically not pitch a song to a radio station unless it has “a story on Spotify or TikTok,” Ross said.

Appel said that “part of the allure of Top 40 was that you always knew where a song stood.”

In the early days of Top 40 radio, especially in the 1960s, a station would tell you a record’s rank on the list, counting down the songs each week, Appel said.

He remembers that when he was in junior high and high school, he and other fans would discuss whether the Rolling Stones would have a No. 1 hit or a song from Canadian singer Anne Murray would take over the charts.

Even amid the rise of streaming, the concept of a curated list of top songs lives on. Spotify, for example, has a hits playlist featuring 50 songs. So, too, does the intense interest in how artists are charting.

Listeners “will care about hearing the hits, and they will care about somebody choosing them so they don’t have to do the work all the time,” Ross said.