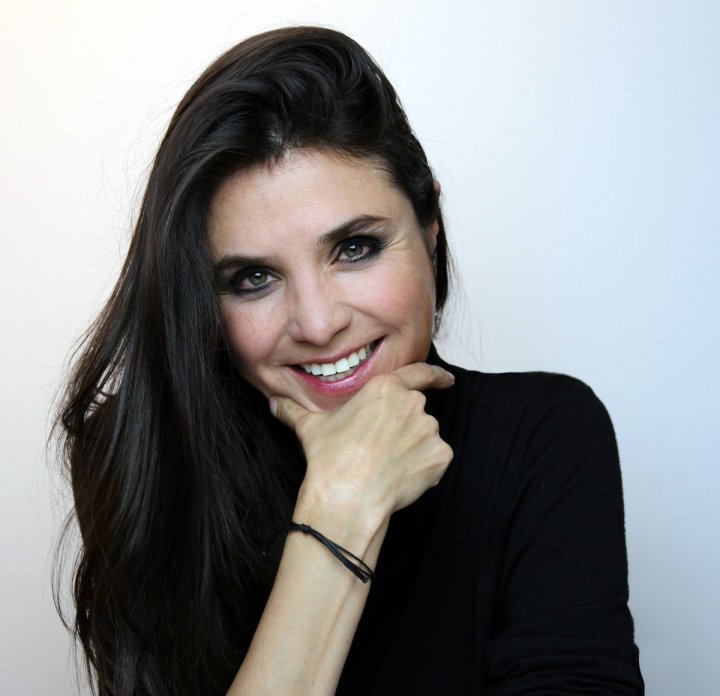 As is the case in many other industries, women in leadership positions in the music business are rare.

Women of color in those positions are even more rare. And as they work to move up the corporate ladder, some decide they can make more of a difference by going out on their own.

Diana Rodriguez fits this description. She ran the Latin division at Capitol Records and was named to Billboard Magazine’s list of most powerful women in music before starting her own company, Criteria Entertainment, where she’s the chief executive.

“Marketplace” host Kai Ryssdal spoke to Rodriguez about her company and how she came to be known as a “music mogul.” The following is an edited transcript of their conversation.

Kai Ryssdal: As I was reading up on you before our chat, I saw you referred to as a “long-time music mogul.”

Diana Rodriguez: Yes, 28 years. Can you believe that? That’s a long time.

Ryssdal: OK, so that’s the long-time part. Let’s get to the music mogul part.

Rodriguez: [laughs] I don’t know that I’m there yet. Those are very kind words, you know. Music is ever changing, ever evolving. So, it’s an everyday learning experience. You know, these are shifting times and changing times, from formats to the way that people are consuming music, the experience. So, it’s always, you know, different, in a way.

Ryssdal: You do this thing called artist development. What does that mean?

Rodriguez: Yes. It means we’re like an incubator for artists, or that’s what my company strives for. You know, I’m very against the cookie-cutter form for artists, because each artist is really a human being with feelings, and dreams, and illusions — just like you and me. And [with] different objectives. You know, there’s artists that just want to be writers, there’s some that want to go into the stadium, some prefer to stay in the studio, you know. And it’s figuring out what their voice is, where their audience is, you know, how much they engage. And I’ve been very fortunate to work with amazing artists, little, breaking, consolidated-legacy artists, you know? And it’s always very different.

Ryssdal: Is there some degree of audience development you have to do, too?

Rodriguez: We do, especially in the Latin markets. In Latin markets like mine, Colombia, where I’m from, our challenge — because audiences are not necessarily used to the discovery of new artists — [is] teaching audiences to discover to be patient for that opening act, to go to the festival early and watch the first act.

Rodriguez: Exactly. They want to see the hits.

Ryssdal: Right. You know, it’s interesting you’ve used the word ‘discovery’ a couple of times. Clearly a good part of what you do is fostering that discovery, right? Making it easier for people to discover your artists, or your style and brand and whatever.

Rodriguez: Exactly, and hopefully in a way that’s not invasive, but that it’s natural to you, that it’s part of your lifestyle.

Ryssdal: But that’s completely engineered by you, the music mogul.

Rodriguez: Yeah, yeah. So that you go into, you know, a store and you listen to the track, you go to the movies hopefully you can see it sync a license, you hear on the radio. So, in a way it’s catering to your lifestyle, but also to that artist.

Ryssdal: You were a metalhead growing up?

Ryssdal: How did you make that transition, from metalhead to Latin music mogul, if I could use that word again?

Rodriguez: Well, you know what? When I started, I was a huge fan of Duran Duran, Mötley Crüe, and then I had this passionate love for King Diamond, and Slayer, and Carnivore, and all these other bands that just connected with me in a way that no other music genre did at that time. Then I decided to go back to Colombia to finish my studies. And they kind of gave me the wings to start working in music. And I went to this radio station, and the radio station took me on as an intern. And then from the intern, I went to do an interview with Michael Hutchence and INXS, and it went really well. So, they kind of asked, so who’s this girl? And they’re like, eh, she’s the intern. I started as a radio promoter. I had no idea that there was a music business.

Ryssdal: OK, so let me get from that story to the name of your company, Criteria Entertainment. What are your criteria now?

Rodriguez: The top criterion is that my team believes in the project. Because if the person that’s representing you in whichever way, shape, or form — whether it’s radio promotion, or pitching you, or managing you — if they don’t truly believe in you, nothing’s going to happen. It starts from there, you know, they are your first salesmen. And then, obviously, you know, cater to the artists, but with a realistic view on the market. Every artist that I meet is like, I want to release tomorrow, and I want to release in all these territories. And I’m like … why?

Ryssdal: Because I want to, it’s my stuff. I want to get it out there. Right?

Rodriguez: And I’m like, you spent the year recording this album with 12 amazing tracks and you want to all send it out tomorrow? And who’s waiting for this, you know? So, it’s a conversation.

Ryssdal: It sounds like you spend a lot of time being a downer, kind of, right? I mean, here’s this artist with this stuff, this thing that she or he has been working on, and you’re like, no, no, no. Not yet.

Rodriguez: I’m a manager of expectations.