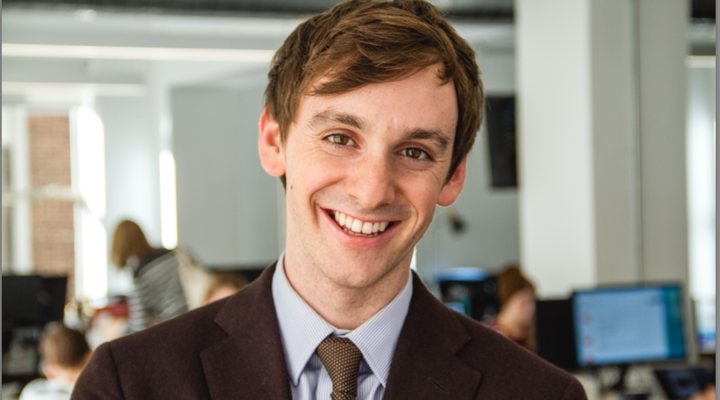 COPY
Derek Thompson says a lot of the videos we think went viral had celebrities or publishers responsible for most of their distribution. Penguin Random House

Derek Thompson says a lot of the videos we think went viral had celebrities or publishers responsible for most of their distribution. Penguin Random House
Listen Now

Record companies and movie studios have tried to perfect a way of creating instant hits for decades. Luckily for those in the business, there is a kind of science behind what makes a song shoot to the top of the charts or a movie win an Oscar.

Marketplace Weekend host Lizzie O’Leary talks with Derek Thompson, a senior editor at The Atlantic, whose book “Hit Makers: The Science of Popularity in an Age of Distraction” looks to share some industry tips about what makes things popular.

On what is a hit:

On the invention of the teenager:

The word teenager really didn’t even take off in popular culture until in the 1950s and after World War II. There are three levels that I look at. First, education; before compulsory education, teens were basically just farmers on their family farm. There was no need to separate a teenager from an adult. Once you turned 15 and you could use that hoe, you’re an adult. Get out in the farm. So you needed compulsory education in order to create a school area where teenagers could come together and create their own separate culture. The second thing that you needed was for Americans to get rich for parents essentially to give these teenagers money so they could be their own consumers and have their own marketing power. The third thing that I think is really interesting is that you wouldn’t have modern teenagers without cars. You needed cars to allow teens to basically run away from their parents and form a separate culture.

There’s lots of examples in the book show about all of these videos that we thought went totally viral, when in fact they had broadcasters, celebrities or publishers who are responsible for the vast majority of their distribution. I think that at a time when trust in establishment news is declining that our trust has sort of moved from institutions to peers, and sometimes we’ll say, “Well, I saw that article in a lot of different places, so it’s probably real.” Ubiquity equals veracity.