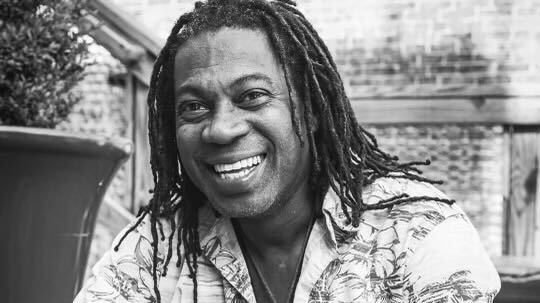 The pandemic has had a disproportionate impact on Black businesses, exacerbating obstacles people of color already face. Black ownership rates dropped the most of any racial group — 41% between February and April of 2020, according to a report from the House Committee on Small Business. Black-owned small businesses, the report said, experienced more financial strain during mandated closures; are concentrated in big cities where COVID-19 rates tend to be higher; and had more hurdles accessing federal Paycheck Protection Program loans. And while some Black-owned businesses are recovering, others are still trying to hold on.

This is true of Terence Dickson, owner of Terra Cafe in Baltimore. When we last spoke with him in November 2020, he had just secured a PPP loan after being rejected earlier that year, receiving a little more than half of the $65,000 he applied for. After more than a year, the Terra Cafe and Dickson have seen nearly everything — from COVID restrictions and omicron surges to supply chain issues and inflated prices for goods. But Dickson remains hopeful and believes his restaurant has to stay strong throughout the turmoil.

“Marketplace” host Amy Scott checks in with Terence Dickson to talk about how his business has stayed afloat in the last year. The following is an edited transcript of their conversation.

Terence Dickson: Business is awesome. Well, you know, when I say “awesome,” guess what? The lights are still on, OK? We still got our spirit up. We’re recording a win every now and then. But we’re definitely taking some lumps out here.

Scott: Trying to stay positive though, it sounds like.

Scott: So the last time we talked — oh, gosh, it’s been more than a year — and I think no one thought we would still be here with the pandemic, you know, keeping people at home, mask mandates still in place in many cities. How have you adapted?

Dickson: I tell you what, it’s been very challenging. One of the things is that, you know, we started with the jerk garden [selling jerk chicken]. You opened up with me on that last time. And that was phenomenal. I mean, we had jazz every Monday night. It was a place where people could really release this COVID fatigue, which is, I think plaguing everybody right now. I think everybody’s just tired of this. But, with everything else going on with the weather, that was 86-ed real quick. You know, we started hitting down to those 10 degrees and those freezings, and you just couldn’t do it outside. So I had to bring it back inside.

Scott: I want to ask you about inflation, because everybody who, you know, buys food knows that prices have been going up. How’s that affecting your business? And how are you adjusting?

Dickson: Well, I’ll tell you what, like Fat Joe says, “Yesterday’s prices is definitely not today’s prices.” You know what I mean? Let me give you a little 1, 2, 3: Labor costs have definitely almost doubled. We’ve had to come up with completely new concepts of how to pay people. No longer will the tip be sufficient. Even with the gratuity, there’s a lot of downtime. You know, you can’t have somebody come spend all day with you and they go home with $10. It just doesn’t work. And then our food costs are just ridiculous. Because of shipping and because of other things and gouging, you know, a case of chicken wings that last year cost $42, it’s now $190. A case of cups that cost $30 are $85. And it’s not only that the prices are high. Because of the shortage, if you get them, you don’t have a choice. You don’t have to just take the hit one time; you better get two cases, because you don’t know when you’re going to get another shot at them.

Scott: Or if prices are gonna go up even more.

Dickson: Yeah, this has really strengthened a lot of people but yet has crushed some communities. You know, if you’re here in Baltimore, you know the diversity. For some reason or the other, you see how small businesses are closing left and right. And one of the things that I noticed right now is that not only small businesses, but you have, like, Subways, you have 7-Elevens — they are closing. So when you have major franchises that, you know, just [have] a whole lot of controls in here to make them awesome and they’re closing, that’s really kind of like a report card of what’s going on here in the city right now.

Scott: Have you at any point thought you might have to close?

Dickson: Never, never. If I have to cut back and we sell one fish sub a day, we’re gonna keep it going. Because, see, it’s bigger than a restaurant here at Terra Cafe. You know, it’s just not McDonald’s. We’re not passing burgers across the counter. What we stand for here is “Black awesome.” And understand, Terra Cafe hasn’t been here just by being a star. We’ve been here for over 12 years right now because of the scars. You know, we’ve taken the licks, and we’ve gotten back up, and we’ve stayed strong.

Scott: Before I let you go, I gotta ask you: What’s on the menu today?

Dickson: Ah, I knew you were gonna do it. You know what we’ve been really pushing? You know, we have the most awesome fish sub in the world. It is a swai that is seasoned and fried to perfection — 100% canola oil. All right? Zero trans fat, OK? And with a special chipotle mayo on a toasted ciabatta roll with a fresh spring mix and fresh sliced tomatoes and sauteed onions. Delicious. That’s the hitter for the day.