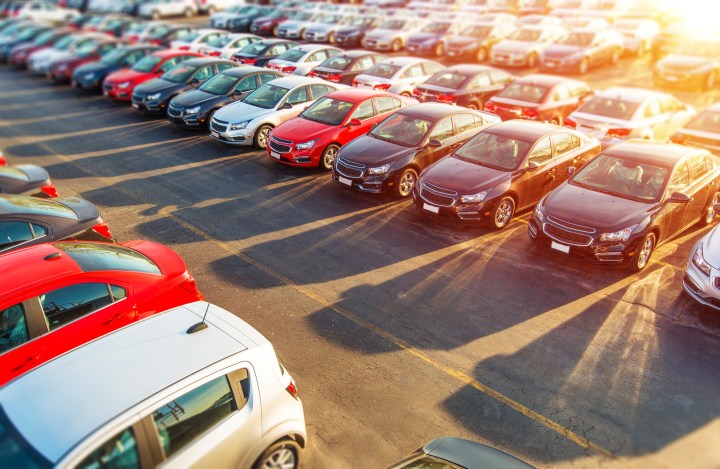 COPY
Many companies, like car dealerships, have been able to pull a profit during the pandemic because of the demand for their product. welcomia / Getty Images

Many companies, like car dealerships, have been able to pull a profit during the pandemic because of the demand for their product. welcomia / Getty Images
Listen Now

Companies are paying more for pretty much everything right now: goods, labor, shipping. Those costs have all been rising over the last 12 months. So, you’d think companies would be hurting when it comes to their bottom line. But that’s not necessarily so. In fact, net profit margins for companies in the S&P 500 are on pace to be substantially above where they were before the pandemic, according to the financial data firm FactSet. That’s because for certain things, customers are just willing to pay more.

When you call the Ford Lincoln dealership in Waukee, Iowa, the hold music lets you know how it’s doing – it’s Bonnie Tyler’s rendition of “The Best.”

It is a good time for the dealership. Everything sells as soon as it’s on the lot. That includes four year old used cars – that are going for the original manufacturing price.

Scott Politte is president and operating partner of the dealership.

“I’ve been doing this 31 years and I still shake my head every day and I’m worried, you know, about what our customers will think,” he said.

Politte said raising prices means the dealership has been able to offset its increased costs, give staff a raise, and bring profits back up.

“So, a firm can’t just arbitrarily push up their prices, if people aren’t willing to pay those prices,” explained Alan Detmeister, an economist at UBS.

Detmeister said they might go to competitors. Or, “if you are seen as gouging prices, then that can lead to consumers having a negative view of your company.”

Companies have to read the room, so to speak, and figure out what consumers are willing to pay.

For some things, it’s not that much more.

“When you’re talking about your eggs, or your milk or your protein that you’re buying at the grocery store, that’s not really where you want to get hit,” said Victoria Fernandez with Crossmark Global Investments.

Fernandez points out that one of the country’s largest grocery stores, Walmart, said it’s swallowing some of its increased costs. But demand for certain products can give other companies what’s known as pricing power.

“So you need to have that power in order to take those increased costs you’re getting from your supply chain and pass them on to the consumer,” Fernandez said.

Or even better – make a profit. Fernandez said it’s likely retail prices will stay high, even if costs go back down.