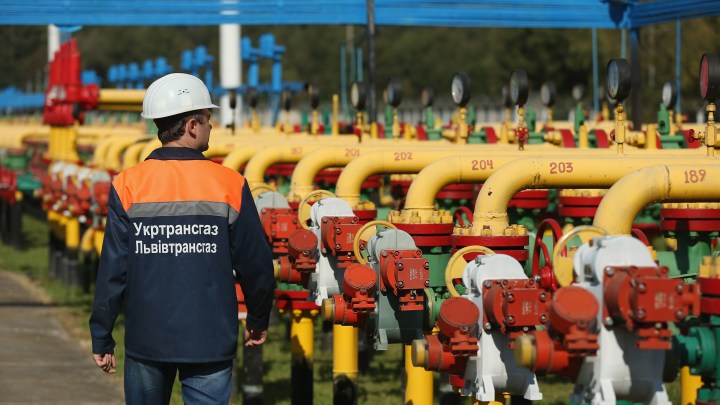 The Joe Biden administration announced Tuesday afternoon that it’s working with gas and oil producers to shore up European supplies as Russia escalates its confrontation with Ukraine.

More than one-third of Europe’s natural gas comes from Russia, so an invasion would likely affect the supply and price of energy in the European Union and United Kingdom, where low supplies and high prices have already generated stress over the last few months.

The soft power of natural gas has played a role in past conflicts between Russia and Ukraine. But since the fall of the Soviet Union, Russia has been paying Ukraine to allow its pipelines to transport natural gas to customers in Europe.

“Ukraine is kind of like a landlord, and Russia is kind of like a tenant,” said Tom Sanzillo at the Institute for Energy Economics and Financial Analysis. “And this is an ornery tenant, you know, one that you would normally not rent to.”

But Ukraine needs the rent money from the pipeline contracts. Even though it knows the apartment’s going to be trashed, it can’t let the place just sit there vacant.

So Russian President Vladimir Putin’s flexing his power, and he’s chosen to do so in winter, when Europeans are most dependent on Russia’s natural gas.

This may be Putin’s last chance to use gas as a weapon, said Amy Myers Jaffe, who runs the Climate Policy Lab at Tufts University.

“As more countries electrify, and as that electricity comes from a diversified source of things, the sort of leverage that large export systems like the Russian gas export system will actually become less important over time,” she said.

Putin is trying to remind Europe that he controls that old energy system, according to Nikos Tsafos at the Center for Strategic and International Studies. Europe knows this and that’s one reason it wants to move away from Russian gas.

Question is, does Putin know that his leverage is limited? “You would think that a rational actor would understand that the energy system is changing, and you want to be part of that [new] energy system,” Tsafos said.