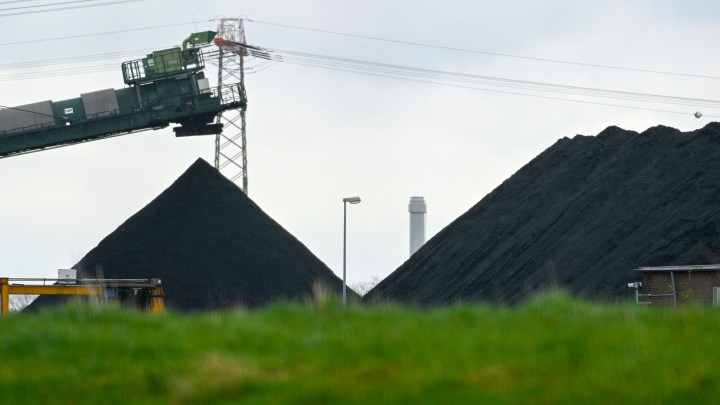 Ukrainian President Volodymyr Zelenskyy addressed the U.N. Security Council on Tuesday, describing the violence and death Ukrainians have been suffering at the hands of Russian troops.

Those alleged war crimes have prompted the EU to propose its first energy sanctions on Vladimir Putin’s government since the invasion in February, including banning imports of Russian coal.

The move has the support of Germany, which — until now — had pushed back on any embargoes on Russian energy.

The EU depends on Russia for around 40% of its oil and natural gas needs. That figure is more like 20% for coal; it’s the low-hanging fruit of Europe’s transition away from fossil fuels.

“Coal is the most damaging to the environment, it’s the easiest to wean oneself off of. There’s been a movement within Europe for a decade now to stop using so much coal,” said Philip Nichols, who teaches at Penn’s Wharton School of Business.

Natural gas requires pipelines or special import terminals to move around the world. Coal, on the other hand, does not, noted Ian Lange, an associate professor at the Colorado School of Mines.

“Coal is basically pretty easy to transport. It’s a solid. The ability to find other suppliers is easier,” Lange said.

“When you think of how electricity prices are set, they are generally set by your most expensive fuel. And that’s not coal at the moment, that fuel is already natural gas,” Dart said.

“I mean, this is where Putin and Russia actually make a lot of revenues at the moment,” he said.

Even more revenue, thanks to the surge in energy prices since the invasion began. Russia also made sure Europe would need to buy a lot of gas once the war started, instead of relying on fuel it already had in storage.

That’s making it even harder for Europe to swear off Russian natural gas.