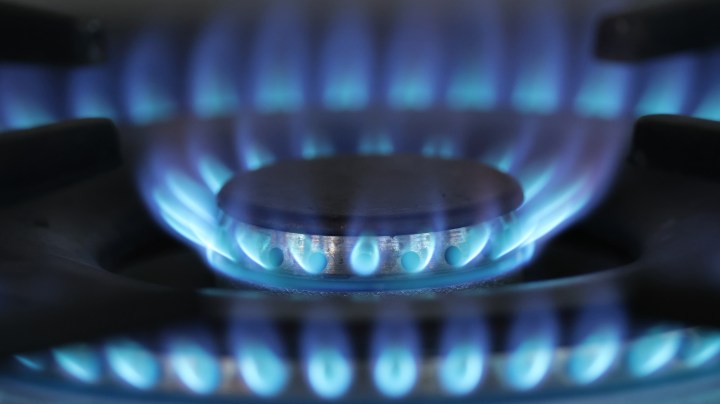 COPY
if Russia cut natural gas supplies to Europe, the U.S. and its allies would find it difficult to immediately meet all of Europe’s needs. Sean Gallup/Getty Images

if Russia cut natural gas supplies to Europe, the U.S. and its allies would find it difficult to immediately meet all of Europe’s needs. Sean Gallup/Getty Images
Listen Now

As the U.S. warns that Russia is likely to invade Ukraine imminently, there’s a parallel chess game of provocation and deterrence.

Russia could curtail or cut off oil and gas supplies to Europe in the event of military conflict. American diplomatic sources announced Tuesday that the U.S. is working with its allies to ensure Europe has a backup fuel supply in that event.

Heaters are on in wintery Northern Europe; the continent’s been increasing its use of renewables, but it’s still heavily dependent on fuel from Russia.

“Gazprom itself — the Russian gas pipeline monopoly — basically supplies about 35% of European consumption of natural gas,” said Jeffrey Schott, a senior fellow at the Peterson Institute for International Economics.

He said that gives Vladimir Putin a potent weapon — but one he may hesitate to use.

“The Russians certainly could cut off gas, but that would cost them a significant amount of export earnings,” Schott said.

And the U.S. is trying to blunt any potential impact, according to Kenneth Medlock at Rice University’s Center for Energy Studies:

“The White House is already talking about redirecting cargos to Europe, we’ve had conversations with the Qataris — not just U.S. suppliers but global suppliers,” he said.

But if Russia completely cut off European supplies, the U.S. and its allies would be hard-pressed to meet all of Europe’s needs right away.