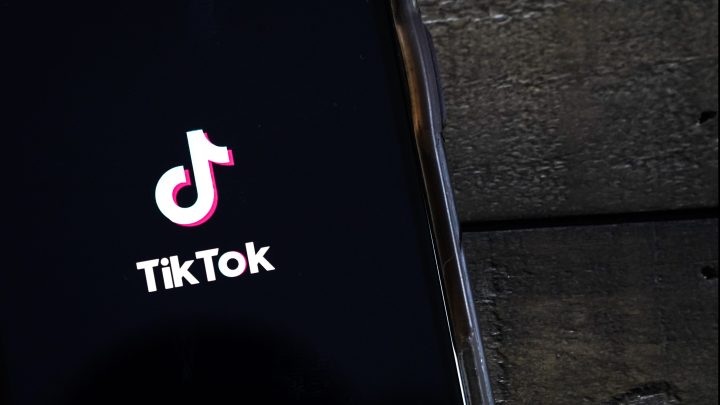 TikTok, the short-form video platform, was the most downloaded app of 2021. According to TikTok, more than 1 billion people use the app monthly, which — for brands trying to get users’ attention — can be a major marketing opportunity.

The official TikTok account for Duolingo, the language learning company, grew its follower count from around 50,000 in September to more than 2 million today.

Reema Khrais: OK, so I admittedly spend an embarrassing amount of time on TikTok, and I’m very familiar with Duolingo’s presence on the app. But for people who don’t use TikTok or understand its language, how would you describe what Duolingo has been posting these past few months?

Zaria Parvez: OK, good question. I would say Duolingo has been absolutely unhinged. Like, our content is a lot of Dua Lipa fangirling, funny memes that probably have like five too many layers of the internet on it, a just having a good time, honestly, and doing things you wouldn’t expect a language learning app to do.

Khrais: Right? Yeah, it’s a little hard to convey over an interview. You kind of have to watch the videos. But yeah, like they’re goofy, they’re funny, they are “unhinged,” as you say, and I’m curious how it started. Did you all like, have a strategy meeting and you were sitting around a table, like, how can we go viral?

Parvez: Absolutely not. So how it started was, the Duo owl sits behind the marketing team, and so this was actually my first job out of college, right? So this is my first time in like a proper workplace and then all of a sudden, I just see this owl here, and everyone’s acting like it’s dead normal that this huge mascot just hangs around, and I just thought that whole concept was super funny. And so I gave my boss my phone, I was like, ‘Hey, you want to just film this quick TikTok and it just took off.

Khrais: Yeah, it’s very different than what you might see on a TV commercial or any sort of professionally produced corporate video. I’ve noticed you’ve made some jokey videos about Duolingo’s lawyers or executives blowing up your phone after seeing some of the content you’ve posted. But in all seriousness, are there people at the company who don’t quite understand what you’re doing?

Parvez: So funnily enough, I think a lot of the company has no idea or doesn’t understand what we’re doing. But they’re supportive of, like, me engaging with this audience because they trust that, Zaria [i]s Gen Z. Like, we hired her for this role, so let’s just keep going with it. I remember like week two after us going viral, one of the first things everyone said, they’re like, “We’re here with you during your success, but we are also here behind you to support you regardless,” and I think that, I just think that helped a lot.

Khrais: Yeah, I mean, it’s scary to post on social media, like I don’t post on TikTok because I’m afraid I’m gonna come across as like an out-of-touch, awkward millennial who nobody wants to watch, but are you like, are you ever afraid that you’re gonna post something that feels cringe or doesn’t quite land, especially since the trends on the app are moving so quickly?

Parvez: Yeah, absolutely and honestly, it’s happened. Like, if you look at some of our videos that don’t have the highest amount of views, they’re like, “We don’t understand what you’re saying,” and it’s like, OK cool, moving on.

Khrais: How do you think TikTok is changing the voice that companies have online?

Parvez: Yeah, so there’s this — I’m not sure if I coined this or I read this somewhere — but I kind of call it “the Wendy’s effect.” Wendy’s on Twitter was like a really big time for millennials.

Khrais: Right? Just to clarify, sorry, Wendy’s Twitter account had this big impact on the way companies act online because had this really sassy online personality.

Parvez: Mm hmm. Totally. And so, TikTok is still in its origin story, I believe, and I think we were searching for that. Like where’s this big moment, where’s this going to happen? And I would like to think Duo kind of brought that to TikTok in a way that no other brand was doing before. This is a new place, no one really knows exactly what to do. Even when we started, we were struggling, we weren’t exactly sure what’s going to resonate. This works because Gen Z wants authentic POVs, they want people to have fun, and like, they don’t want to be sold to. So this ended up being successful.

Khrais: Yeah, I feel like the authenticity thing is key, especially on TikTok. Going back to what you were saying about Wendy’s. I feel like in the last decade or so, we’ve seen more and more businesses develop these really super distinct online personalities, you know, that are not just these automated bots. They sound like, I don’t know, these are more like your cool friends, and I think that shows just how much social media management has matured as a profession. I’m curious how you think it’ll continue to evolve?

Parvez: Yeah, I think it’s so dependent also on the platform they’re showing up on. So like, what the next platform will be. The way I like to think about it is, Instagram is how you would probably talk to a colleague, Facebook is how you talk to your like, grandma, and TikTok how you talk to like, a close friend. And so I think it’ll change, but I think people are going more towards this authentic viewpoint, and I’m hoping if the next platform asks for even more authenticity, or they want to see the face behind the actual social media manager, or just keep pushing the envelope to be more real.