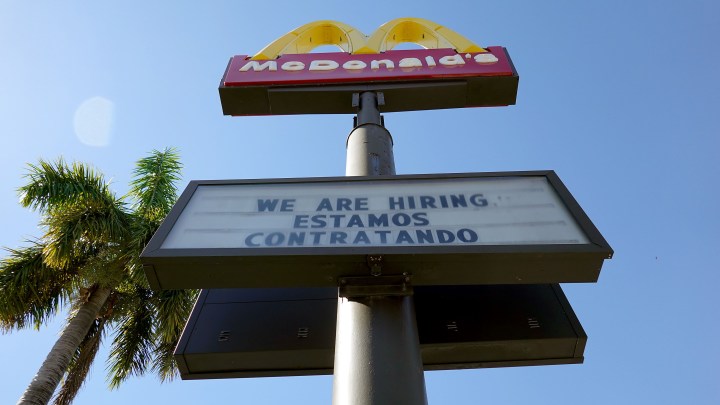 The pandemic has changed where we work, how we work and when we work. And because the labor market is so tight right now, managers are trying to figure out how to keep the employees they already have.

Recently, Mark Maguire, the managing partner of Maguire’s Restaurant in north Dallas, was trying to figure out if his restaurant was going to open that day because three of his servers had tested positive for COVID and couldn’t come in.

“It’s the most desperate situation that I can ever recall being in. And I’ve been in some pretty desperate ones,” he said.

Even before the omicron variant, Maguire said his restaurant was short-staffed and that he was hiring for basically all positions. Part of the problem is he’s competing with not only other restaurants for workers but other industries too.

Just before Thanksgiving, one of the cooks he had hired a few weeks before resigned with a day’s notice.

“Came in on a Thursday and said, ‘Tomorrow’s my last day, I’m going to take a seasonal job hanging Christmas lights, it’s gonna pay me about three times the hourly rate that the rate that you guys are paying,’” Maguire said.

Maguire actually had to rehire someone he had fired for cause because he was out of options. “We got two choices — we can call him back in or we can close. That’s it.”

Maguire said he’s doing whatever he can to keep people from quitting.

“We do, you know, pizza parties. We try to, you know, make it a little bit more comfortable coming into work. We’ve given raises, you know. I don’t know, my kitchen staff has gotten raises probably four times in the last, you know, 12 to 14 months.”

And he said he knows his employees are still shopping around. Cornell’s Alex Colvin said that’s because, right now, they can.

“As low-wage workers become more aware of other opportunities, they seem to be more likely to move to try and better their situations. People are jumping ship and looking for those better opportunities,” he said.

But it’s not just restaurants and other low-wage employers struggling to keep staff; Carl Van Horn at Rutgers has been studying the labor market for 40 years and he said he’s never seen anything like this.

More firms are even outsourcing recruiting to companies that do that exclusively. Amii Barnard-Bahn said those companies have to broaden their search for potential hires. She’s a former Fortune Global 50 executive as well as a coach and consultant for company leaders.

“Recruiters are finding that they need to get five to 10 times the pool of candidates for one job because of the turnover, the churn,” she said.

One way they’re doing that is technology. Barnard-Bahn said more recruiters are using artificial intelligence and chatbots to make the candidate filtering process more efficient in the hopes of more quickly getting top candidates. 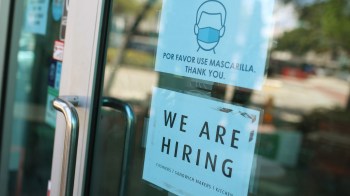