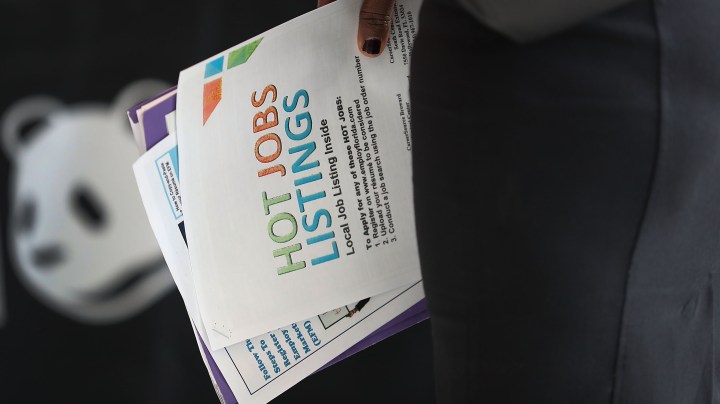 Business at RestaurantZone, a national hospitality recruiting agency, has never been better.

“Many clients, you know, have come to us and like, “Yeah, we need 50 managers, we need a bunch of new GMs.’ They’re hurting for sure,” CEO Matt Rodgers said.

Rodgers recruits for companies like McDonald’s and Red Lobster. He said demand from resorts and restaurants is double what it was before the pandemic. Companies aren’t just filling high-level positions; he’s doing more recruiting for hourly jobs. But the spike in business comes with downsides.

“It’s been a very challenging environment to recruit in,” he said. “So it’s taking us significantly more time to get a candidate through the process to get hired.”

RestaurantZone is facing the exact same problem its clients are: a labor gap. There are 11 million job openings and only about 7 million people looking for work, according to the latest figures from the Bureau of Labor Statistics. The situation in the hospitality industry is particularly dire. Anywhere from 700,000 people to nearly a million people have left the industry every month since last June.

“I think at the end of the day, it’s about matchmaking,” Rodgers said.

That’s also become a bigger part of the process at job boards like Indeed.

“Think of us as a labor marketplace. That’s what we are,” said Raj Mukherjee, senior vice president of product.

Indeed, a Marketplace underwriter, is a sort of Google for the jobs world. For a fee, companies pay to place their job postings higher in Indeed’s search results. They can also pay to have Indeed filter applicants. More companies have been using these features since the labor market became tighter.

“As the broader economy has been expanding, we are certainly seeing our revenue go up,” he said.

“In a tight labor market, one thing that employers do first, often, is increase their advertising of their job postings,” said Julia Pollak, an economist at ZipRecruiter — also a Marketplace underwriter.

The company uses artificial intelligence to match candidates and companies. Pollak said in the last four years, recruiting through a job board like ZipRecruiter has increased more than 15%.

“It does make people more engaged in the job search process,” she said. “It makes employers have more skin in the game, too. They also are more likely to give a candidate a thumbs up when that candidate has responded to their invitation.”

And that’s how we often think about the job search: Companies choose candidates. But increasingly, it’s about candidates choosing companies. RestaurantZone’s Rodgers said more than ever, employers have to sell themselves. He looks at job listings as advertising.

“I think many people kinda just put together an ad and they don’t really put a lot of thought into it, and I think it’s really important to kind of highlight things like your company culture, what the training looks like,” he said. “What’s the benefit to the job seekers?”