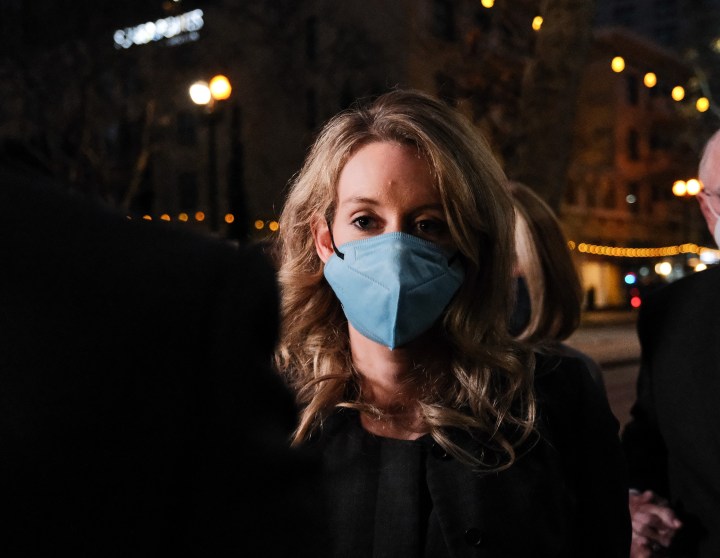 Elizabeth Holmes, founder and former CEO of the failed blood testing startup Theranos, has been convicted of fraud in a case that’s viewed as a landmark test of a Silicon Valley startup culture where dramatically overpromising and underdelivering is common but few entrepreneurs see jail time.

Holmes started Theranos as a 19-year-old Stanford dropout and drove its valuation to $9 billion before questions about its faulty technology led to its downfall.

Adam Lashinsky, who’s been covering the trial for Business Insider, spoke with “Marketplace Morning Report’s” David Brancaccio about what the case means for Silicon Valley and what’s next for Elizabeth Holmes. The following is an edited transcript of their conversation.

Adam Lashinsky: They convicted her on four counts related to defrauding investors. And it’s interesting to consider that it was the three largest investors, specifically: a fund headed by a guy named Brian Grossman, the DeVos family and an investor who had a relationship and who brought in a bunch of other big investors, including the Coxes and the Waltons. They did not reach a verdict on some of the smaller investors, and they found her not guilty on any of the counts related to patients.

David Brancaccio: So not guilty of defrauding patients who got these bum medical tests?

Lashinsky: That’s right. And the defense asserted that the government had cherry-picked some bad situations, and that there were many, many other tests where things went just fine. And it seems that they may have proved their point that she could not be found guilty beyond reasonable doubt on those charges.

Brancaccio: You’ve covered Silicon Valley and its culture for decades. Do you think this example of Elizabeth — presumably headed for jail now — will make people reevaluate the tales that entrepreneurs spin in the effort to raise enough money to make their product actually work?

Lashinsky: I mean, the short answer is no. I think this is unusual; it’s extreme; it was extremely high profile. And ultimately the counts that she was convicted on — she told some really tall tales. When Silicon Valley entrepreneurs tell tales about their vision for changing the world, so long as they really are talking about something that is a vision, they’re going to continue, I think, to be OK in a criminal sense. If they lie about something that’s going on right now, that’s where they’re going to get into trouble. That’s what happened to Elizabeth Holmes.

Brancaccio: Now for Elizabeth Holmes, the government could still retry her on the counts that the jury deadlocked upon.

Lashinsky: In fact, at the very end of the day on Monday, they said that they would discuss that with the court next week. It seems to me unlikely, having secured a guilty verdict on four of the 11 counts, that they would go to the trouble and the expense of retrying her on the three where the jury did not reach a verdict, especially because the same prosecution team now needs to prepare to try Elizabeth Holmes’ co defendant, [Ramesh] “Sunny” Balwani. That trial is scheduled to begin in just a few weeks.

Brancaccio: That’s Holmes’ right-hand man and ex-boyfriend. But something else that will be paid close attention to is sentencing for Elizabeth Holmes.

Lashinsky: For sure. She faces up to 20 years on each count. Now, I don’t think anyone believes that she’ll be sentenced to 80 years in prison, but she still faces substantial prison time.