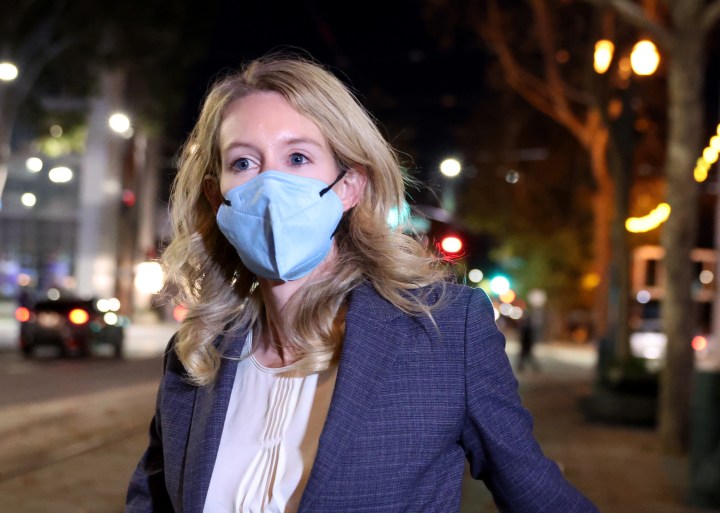 This week, jurors in the criminal fraud trial of Elizabeth Holmes are deliberating on whether the founder and former CEO of the failed blood-testing startup Theranos purposefully deceived investors and patients. Holmes, who drove the company’s valuation to $9 billion before its woes were exposed, has pleaded not guilty to nine counts of wire fraud and two counts of conspiracy to commit wire fraud, and she faces up to 20 years in prison for each count.

The case is seen as a bellwether for the tech industry, where a “Fake it till you make it” mentality is common but few entrepreneurs ever face criminal charges for their falsehoods.

“What this trial comes down to is: What is the difference between puffery on the one hand and fraud on the other hand?” Adam Lashinsky, who’s been covering the trial for Business Insider, said during an interview with Marketplace’s David Brancaccio. The following is an edited transcript of their conversation.

David Brancaccio: We’re waiting to see what the jury thinks, but you’re of two minds having sat through all this testimony?

Adam Lashinsky: I am. As I was listening to the closing arguments, my instincts were telling me that she was going to get off because her lawyers had made a pretty compelling case of putting doubt in the jury’s minds — of making them think that she never intended to do things that she’s accused of doing. And then, when all was said and done, as I was reviewing my notes, I said, “Wait a second, the case against her is pretty clear.” And my point here is that if I was that confused in the span of 48 hours or so, I can only imagine how the jury feels right now.

Brancaccio: But you did see things that struck you as falsehoods being uttered by the defendant in this case.

Lashinsky: Oh sure. Whether it was the nature of Theranos’ work with the military or the nature of what Theranos was capable of doing — namely running many, many blood tests on patients that it simply never could do.

Brancaccio: There was this notion at one point that Elizabeth Holmes was saying that some of the stuff that doesn’t seem true that she was telling to some investors was that she wasn’t speaking about the technology at the time — she was talking about its wonderful capabilities if we waited a number of years into the future and it was perfected.

Lashinsky: And that was one of those things that makes me think this trial could go either way. On the one hand, what you just articulated, which was one of her lawyers’ arguments, is preposterous. But when you look at the actual words at trial, there’s a plausible argument to be made that she was doing what all entrepreneurs do, which is saying, “Let me tell you this amazing story about what this company is going to be.”

Brancaccio: And that’s one of the reasons we’ve been paying so much attention to this trial, which is that innovators in America are often built on spinning some wild tales and hoping that it all comes true.

Lashinsky: And what this trial comes down to is: What is the difference between puffery on the one hand and fraud on the other hand? And the reason this case has been so compelling is that this isn’t about building a better app to play Solitaire on your iPhone — this was about testing the blood of patients, and therefore was to be taken far more seriously than some cool tech feature.