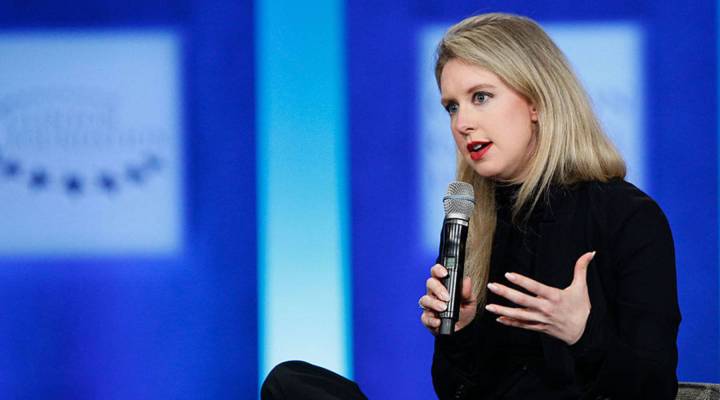 The blood-testing startup Theranos is now firmly in disgrace. Founder Elizabeth Holmes was indicted Friday on federal wire fraud charges and has resigned as the company’s CEO. But whatever happens with Holmes and Theranos, the episode has changed the conversation around biotech investing. Michael Greeley is general partner of Flare Capital Partners in Boston, which specializes in funding health care technology companies. He spoke with Marketplace Tech host Molly Wood about what Theranos’ downfall means to the industry overall. The following is an edited transcript of their conversation.

Michael Greeley: Why I was so furious at the Theranos example was if it sets back the field of rapid point-of-care testing in molecular diagnostics, that’ll be very devastating to the field. And so a lot of investors now may just say simply, “This is too hard. [Holmes has] proven that it can’t be done,” and they’ll back away and they’ll go invest in other areas. If what she’s done is caused innovation to be retarded and capital not going into the category or scientists moving away from the category, that could be potentially catastrophic.

Molly Wood: Do you see that happening?

Greeley: Yeah, I could say 10 or 15 years ago that there’d be dozens and dozens of firms that would be actively pursuing those investments, and now you can count them on one or two hands. So I don’t know if it’s not directly attributed to the Theranos case study, but it’s a very difficult category to drive outsized venture returns, in part because reimbursement’s challenging, the development cycles are many years long, the regulatory frameworks are very challenging, and this was just yet another mark against the category.

Wood: So, what is the responsibility, in terms of venture capital, to do due diligence?

Greeley: I’m not sure I would have characterized it as responsibility, but we are staffed with a depth of technical expertise that we bring to any of these potential opportunities. What was complicated here was it was a very large market opportunity. There seemed to be some interesting people around the company, but there was no clinical data, so that was clearly a red flag. And you know, we all have other portfolio companies, so we were seeing how hard it was what she was proposing to solve.

Wood: When you start to get into biotech or medical companies, and on some level, the end of the line is the consumer and their health, do you think that there should be a requirement of due diligence that goes beyond just financial risk assessment?

Greeley: I think the more appropriate question is if one of us discovers something in diligence that’s fraudulent, is there an obligation for us to declare that? Now oftentimes, and [Holmes] was maniacal about this, we sign confidentiality agreements before we get more sensitive information. So there’s a little bit of a constraint on what we can talk about publicly.

Wood: Certainly, biotech is a hot investment area, too. Presumably, all kinds of investors are going to want in on that, even those who don’t necessarily have a specialty in this area. So what do you think they are doing, or will do, or should do to make sure that something like Theranos doesn’t happen again?

Greeley: Well, it undoubtedly will happen again to the extent people take shortcuts in diligence. And so if you look at some of the great big life science investment funds, they have literally armies of Ph.D.s. They have access to academics at the world-class academic centers around the world, published research. This was so spectacular because it became so popular in the mainstream press. And a lot of the biotech companies, until they have a therapeutic, you don’t necessarily see them in Vanity Fair. And so, [Holmes] was such a force of personality in the clothes she wore and how she presented herself. But, undoubtedly, we’ll have spectacular mistakes made in the biotech space if nonbiotech investors get very active in the space.