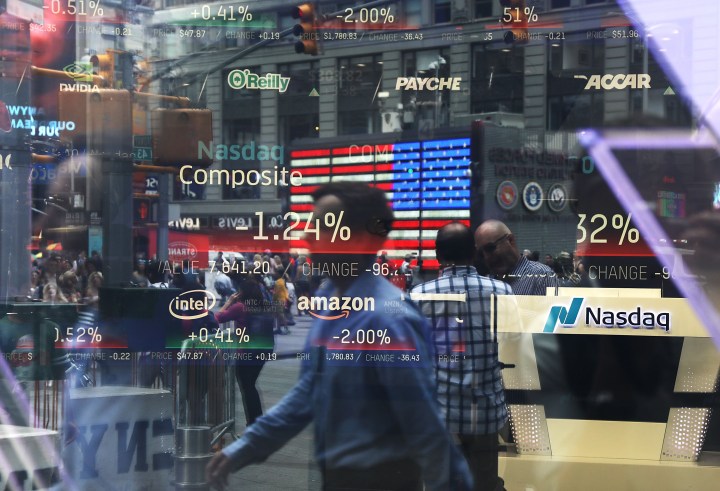 COPY
From jobs to inflation, our economic statistics are ripe for change.

From jobs to inflation, our economic statistics are ripe for change.
Listen Now

The economic numbers that government statisticians routinely produce matter. Statistics are fundamental to understanding what is going on in the economy, including the health of the job market, the direction of inflation and productivity trends. Yet even before these pandemic years, the economic statistics that businesses and policymakers rely on were becoming increasingly unreliable.

Marketplace’s David Brancaccio spoke with Marketplace senior economics contributor Chris Farrell about why it’s getting harder to measure economic activity and some potential solutions. The following is an edited transcript of their conversation.

Chris Farrell: Let’s talk about jobs. The Bureau of Labor Statistics has really struggled to come up with accurate job figures in 2021. They underestimated the number of jobs by nearly 1 million. Another example: Headline inflation is up sharply, but when researchers into the digital economy take a deep dive into high-tech gear, what they find is that the official inflation numbers may be too high.

Brancaccio: What can you tell us about what the core of the problem is?

Farrell: First, I want to say what isn’t the problem. There is no criticism of the agencies that produced the economic numbers. They’re aware of the problems; they’re trying to address them, but they’re hampered by a lack of resources. That said, here’s the core of the problem: Our basic economic numbers haven’t kept up with the dramatic changes in the digital-dominated economy.

Brancaccio: How deep do you think this problem runs?

Farrell: So there’s this wonderful conference put together by the Progressive Policy Institute, and it was organized around the need for better statistics. And economist Diane Coyle updated a well-known paper by Zvi Griliches from the mid-1990s. In trying to understand the productivity numbers, he calculated that the easy-to-measure productivity sectors — like agriculture and manufacturing — accounted for only 30% of the economy in 1990, and that’s down from 49% in 1947. Coyle updated his calculations, and by 2019 only 23% of the economy was easy to measure when it came to productivity — so that’s a fifth of the economy.

Brancaccio: What I’m hearing is the hardest-to-measure parts of the economy when it comes to productivity include some of the most innovative and important sectors, like high-tech and finance.

Farrell: That’s right, and we know these digital technologies are fundamentally altering the economy. But it’s becoming harder to understand from the existing numbers whether we’re seeing economic progress or not.

Farrell: Yeah. The numbers that we rely on right now largely came out of the Great Depression and the Second World War. There was a real need for better numbers. Well, once again, the need is there. With the rise of the digital economy, we need better data, and we need better ways of gathering that data.

We should care about the troubled “care economy”