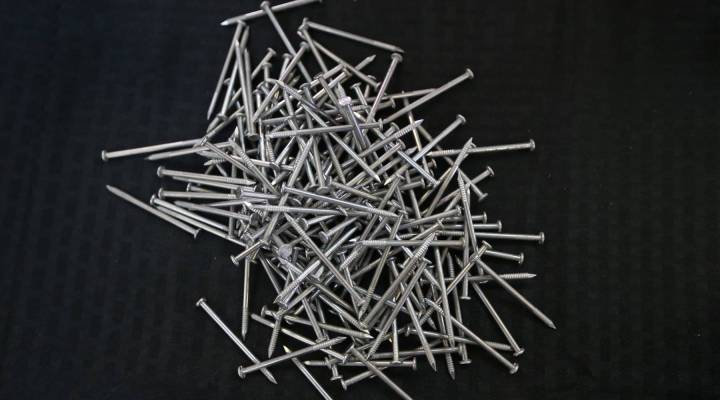 When the Federal Reserve tinkers with interest rates next month, right between Hanukkah and Christmas when you might not be paying much attention, the Fed is likely to raise rates for the fourth time this year. Now in making that decision, a key measure for the Fed is inflation, which has been running close to what the policymakers regard as perfect — a rate of 2.3 percent this year. But let’s look at that target. It’s popular in public policy to say, “You get what you measure,” but there is an economic lesson from Soviet history that gives that idea an instructive twist. It’s about what happens when the government sets a specific target.

David Brancaccio, host of Marketplace Morning Report, spoke with Senior Economics Contributor Chris Farrell. Below is an edited transcript of the interview.

David Brancaccio: Tell me about the old Soviet target that produced a whole lot of too small to use nails. The government said make this number of nails. What happened?

Chris Farrell: They made a lot of nails — really small, useless nails, but they met the target.

Brancaccio: Now I love a good slice of history, but you think these nails inform one of the biggest considerations on today’s economic agenda?

Farrell: Absolutely, and it was raised by Randal Quarles, who’s a new member of the Federal Reserve. He talked about Goodhart’s Law. What the law says: When the Fed picks a favorite measure to tell us what’s going on with the economy, it stops being useful. If the Fed is saying inflation is our gauge, well does that mean it’s not as good a gauge as it used to be?

Brancaccio: Because the Fed is hell-bent on making inflation somewhere near 2 percent, right? And, you know, maybe that’s not the great goal.

Farrell: This is the thing. So he’s a central banker, and he said that the economy is spot on, and what he looks at is inflation is contained, unemployment rate is low, the economy continues to grow. But then he raised this question: “Well, what if the basic signs that inflation remains contained despite the continued growth in the economy, what if it’s not telling us anything about the state of the economy, whether it’s overheating or whether there’s a lot of slack, but it’s telling us something else?”

Farrell: Well, they’re looking at things like leverage ratios — how much debt is going on in our society, in our economy. Right now, what they seem to be focusing on is corporate debt and particularly in the junk bond market. Is that a measure? And consumers have been taking on a lot of debt. And what about the student loans? So credit seems to be a big part of the discussion, but, nonetheless, if you look over the past three decades, David, it’s really been a discussion about inflation, and we all still talk about inflation. And if you’re looking at the inflation numbers, this economy has room to run.