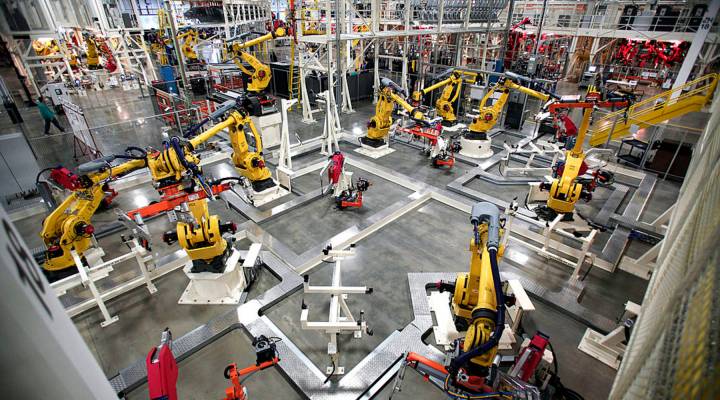 David Brancaccio, Chris Farrell, and Daniel Shin May 19, 2021
Heard on:

David Brancaccio, Chris Farrell, and Daniel Shin May 19, 2021
Heard on:

America’s population growth has been on a steady decline. Data from the 2020 census shows the last decade experienced the second-slowest rate of expansion since the government started the decennial census in 1790.

Longer-term trends like an aging population and declining birthrates mean this isn’t a temporary blip, which has serious implications for economic growth down the road, according to Marketplace senior economics contributor Chris Farrell.

“You can have fewer people buying homes, cars, computers and other goods and services,” Farrell said in an interview with “Marketplace Morning Report” host David Brancaccio. “And there’ll be fewer workers, David, to support growing numbers of older Americans.”

But there are other factors that could offset the potential negative economic effects of declining population growth. The following is an edited transcript of their conversation, in which they discuss how boosting women’s workforce participation and tapping into technological innovations made during the pandemic might help.

Chris Farrell: Well, it’s understandable because you can have fewer people buying homes, cars, computers, and other goods and services. And there’ll be fewer workers, David, to support growing numbers of older Americans. I mean, that’s the haunting fear. And that also will undermine the economy’s underlining dynamism. And we will end up with economic stagnation. In other words, demographics is economic destiny.

Brancaccio: But I mean, to what extent is this a law of physics, these demographic trends?

Chris Farrell: Well, it is not a law of physics and there’s some really good reasons for skepticism. I mean, first of all, look, the U.S. still has a long way to go to boost the labor force participation rate of women, right? That’s been stagnating for more than a decade and this is behind the current push to provide affordable childcare and eldercare. The second, with an aging population, it’s sort of the same story. You know, much can be done to increase the labor force participation rate of the 55 plus population, everything we see, more [people] want to be working. And they’re held back by age discrimination,

Brancaccio: So if you can address some of that through policy, more people might be able to pour in and there will be a new pool of workers?

Farrell: Well, this gets us to the third reason. This is the most important; labor productivity. Output per worker trumps demographics, every time. Just to give you one example, about half a century ago, there were some five workers for every retiree. That figure has shrunk to less than three to one, yet over that same time period, David, American living standards, I mean, they have risen. And it’s largely thanks to productivity growth.

Brancaccio: Except, you know, the voice keeps coming on the radio, usually me, saying that that productivity growth – how much work we get done per hour – has been stagnant forever.

Farrell: That’s right. And there’s been this huge disappointment about technological innovations don’t have the “economic oomph” – that’s a technical term, David, by the way, “economic oomph” – that they used to have. But if you think about the pandemic and what’s happened during the pandemic, it’s a basic shift in the way we live and work. And the consulting firm McKinsey notes that, look, many companies, they are bold, they’re innovative in response to the pandemic, they shifted to online channels, they automated production, they increased operational efficiency, they invested in high tech, software and hardware and telework, and we have telemedicine, so something has really shifted and the digital economy seems to be a high productivity economy.

Brancaccio: If that’s really happened, maybe it’s a new way of thinking about the threat of automation, artificial intelligence and robots might increasingly take away human jobs. I mean, if this population growth is going to be anemic into perpetuity, maybe we need the robots to do some of this work.

Farrell: We absolutely do. Don’t think of them as a substitute but as a complement. They’ll take over certain tasks, but that will free up people to do other things. Put it another way; never underestimate the ability of the American entrepreneur to come up with ways for you to spend your money.