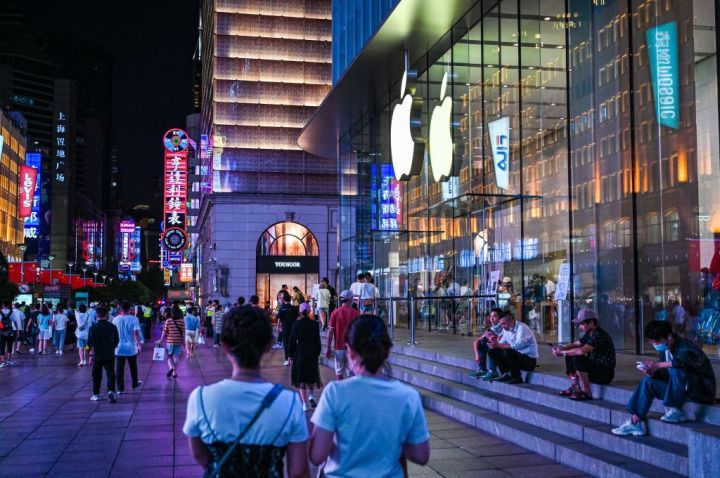 China could soon overtake the U.S. as the global leader when it comes to the most important technologies of the 21st century, according to a new report from Harvard’s Belfer Center. In order to prevent that, the U.S. would need to invest much more than it currently is in research and development of artificial intelligence, 5G, quantum information science, semiconductors, biotechnology and green energy, according to Graham Allison, one of the report’s authors and a professor of government at Harvard.

Allison spoke to Marketplace’s Sabri Ben-Achour about the findings. The following is an edited transcript of their conversation.

Sabri Ben-Achour:  When we talk about this race for technology, why is it important? What ultimately does the U.S. lose, besides pride, if it’s not No. 1 in cutting edge technology?

Graham Allison:  Good question, and it obviously differs from one arena to the next. But first, the nation that dominates 5G has access to that information in a way that would advantage it — so there’s advantages in intelligence, just to take an example. Secondly, in the AI space, if you have a more effective AI system that can get a piece of military equipment, for example, in air to air combat, to respond more rapidly than the pilot of the adversary’s plane, you win — so these have military applications. Finally, they have huge economic implications. If you try to think of what’s the impact of the U.S. having been the tech leader in advanced technologies [over] the last 20 years, now we have companies like Google and Apple and many others that have accounted for a lot of American economic growth. So this has big implications — economic, security and other.

Ben-Achour:  The Chinese government has used every tool at its disposal to drive its development in these technologies: subsidies, scholarships, investment, state-sponsored industrial espionage. The U.S., on the other hand, even with one party in control, can’t seem to pass just one bill — like the CHIPS act, that would push investment in basic science and semiconductors. That doesn’t look like a good sign.

Allison:  A diplomatic understatement. So I think it’d be an interesting analytic [exercise] to say, whether, as one watches China’s extraordinary success in overtaking us in so many arenas, how much of that is as a result of China’s wise choices — and how much is as a result of our dumb choices? And I think you could probably write either side of that case.

Ben-Achour:  How should the U.S. work to protect its position and spur development in key technologies? How do we do that when China is working so hard?

Allison:  If we look at the arenas in which the U.S. has been greatly successful — and basically has been the world’s technology leader, ultimately, since World War Two — there have been combinations of wise government investments. First, the U.S. government has invested wisely in the education of people in these arenas. Secondly, the U.S. has welcomed people born elsewhere. If you go around Silicon Valley, if you look at the leaders of the companies, half of them were not born in the U.S. or their parents were not born here. Thirdly, we need to get out of our own way. In the 5G space, the companies that should have been playing a leadership role decided to do entertainment rather than infrastructure. And yes, there’s less money to be made in rolling out base stations and cores for 5G — so that’s a place where, again, there’s an opportunity for government and business to work together.