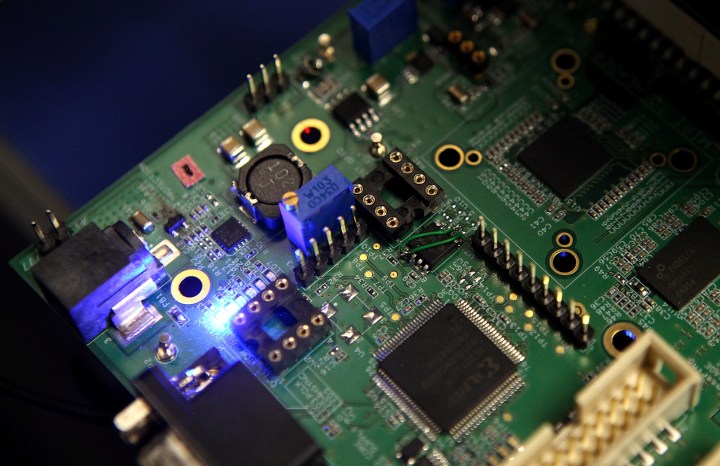 The U.S. intelligence community has some advice for American tech companies: If you’re going to do business with foreign partners like China and Russia, be smart about it.

The goal is to make American firms aware of what they might be getting themselves into when they work with foreign investors and collaborators. Part of the worry is illegal attempts to steal intellectual property, like cyber attacks and data theft.

Michael Orlando, acting director of the National Counterintelligence and Security Center, a branch of the U.S. intelligence community that focuses on threats from foreign powers, also cautions about legal interactions where companies may be unknowingly putting themselves, their data and their intellectual property at risk.

“The Chinese government is using all instruments of national power — from espionage to legal acquisitions and joint ventures — to acquire specific technologies so they can be the world leaders in those technologies,” Orlando said in an interview with Marketplace’s Sabri Ben-Achour.

Sabri Ben-Achour: Why this warning? Why now?

Michael Orlando: Our adversaries are now targeting our economy, our human talent and technology and trade secrets. And we came up with a number of technologies that we see as no-fail losing, which are artificial intelligence, quantum information systems, biotechnology, semiconductors and autonomous systems. These technologies are going to be transformative in nature, and may determine whether the U.S. remains the world’s leading superpower, or if our competitors will be able to gain an edge in supremacy. We can’t afford not to focus on protecting these technologies.

Ben-Achour: What kinds of threats have you seen that have led you to raise this alarm?

Orlando: What we have seen, particularly with the governments of China and Russia — and when I talk about China and Russia, I’m talking about the government and not the people — but, particularly with China, they have a national plan to seek dominance in artificial intelligence by 2030. Now, what we’ve seen is they’re using all instruments of national power to acquire this technology, to include illegal things such as cyber intrusion and insider threat. But they’re also using a number of legal tools, from trying to acquire companies in these areas to joint ventures to greenfield investments and talent acquisition.

Ben-Achour: Just to be clear: Is the government of China, at times, sponsoring intellectual property theft and acquisition?

Orlando: Yes. It is part of their national plan to acquire these technologies, and it is government sanctioned to — at times, usually legal means, such as cyber intrusion or recruiting insiders — to acquire that technology.

Ben-Achour: Is there an example that hits this home for you?

Orlando: In recent years, in autonomous systems, we’ve seen two Apple employees [who] were charged with stealing proprietary information on Apple’s autonomous vehicles, which they sought to take to China to provide to a Chinese company. And in legal means, just this past year, we’ve seen Chinese companies, at the direction of the government, try to illegally acquire a number of semiconductor companies and manufacturing plants in the U.K. and South Korea to gain that technical edge.

Ben-Achour: Just last week, a Chinese spy was convicted of trying to steal trade secrets from GE, weren’t they?

Orlando: Yes, that is correct. And I believe that is the first time the FBI has actually been able to convict a known an intelligence officer, and I believe he was of significant rank. And so that’s a big victory for the FBI, but also a great example of how you see the Chinese intelligence service trying to steal technology from American companies. And in this case, it was GE.

Ben-Achour: Government-sponsored cyber hacking aside, hidden acquisition of companies that would otherwise be illegal aside — some of these methods are legal. Just, you know, a Chinese company buying a biotech startup. What’s the problem there?

Orlando: You’re correct, these are legal techniques. But what we are trying to bring awareness to the American public [and] to companies is that this is part of China’s national plan to become economic and national superpowers and do it at our expense. And so we want to make sure that everyone is aware that they want to acquire our technology and make themselves more competitive.

Ben-Achour: You’re saying that, on the U.S. side, it may look like a win-win — some sort of partnership. But what’s really happening is it’s a zero sum game, in a way.

Orlando: Yes. When you look at their national plans, and you look at past instances, these aren’t events happening by themselves. These are coordinated, where the Chinese government is using all instruments of national power — from espionage to legal acquisitions and joint ventures — to acquire specific technologies so they can be the world leaders in those technologies.

Ben-Achour: Is there not a risk of verging on anti-China or anti-Russia hysteria, or unwarranted hostility?

Orlando: Our program is an awareness program; we are not targeting any one nation state but we want to make sure companies and individuals and teachers are aware of risk. And the bottom line, for us, is that these are authoritarian regimes that don’t share our values or ethics, or our laws. And that’s why many students come here from those countries and stay and contribute to our society, and we need them to stay. And so I think there’s got to be a careful balancing act of — we don’t want hysteria, but for those who violate the law, well, they need to serve justice.