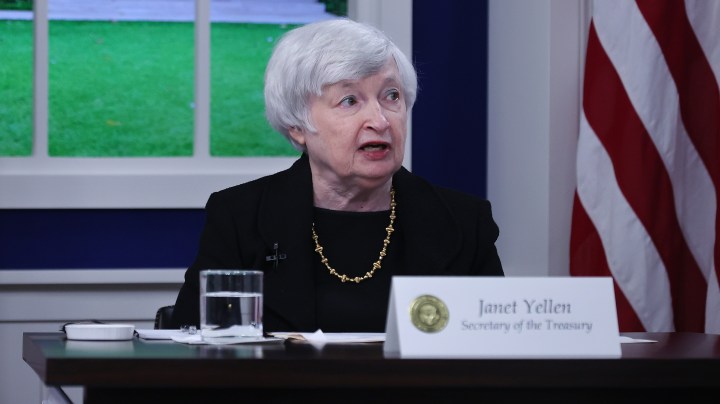 Is it transitory? We hardly need to tell you what we’re talking about.

Yesterday, Treasury Secretary Janet Yellen told CNN that the U.S. had not lost control of inflation. “On a 12-month basis, the inflation rate will remain high into next year, because of what’s already happened. But I expect improvement by the second half of next year,” she said.

Alan Detmeister, an economist with UBS, is in broad agreement with Yellen. If it lasts, he said, the Fed has options.

“If the monthly numbers are still coming in very strong through the middle of next year and into the fall, what then you start to look at is, OK, is it time to start raising rates at that point?” he said.

The Fed would raise interest rates to intentionally slow down the economy and fight inflation. Historically, it has not been pretty. “In an extreme case, it could be a repeat of the early ’80s, where it throws the economy into a recession,” Detmeister said.

There are still a lot of reasons to think inflation will come back down next year.

“What we’re dealing with now is higher prices, no doubt. But they’re coming from things that are not necessarily structural in nature,” said Marvin Loh, a senior global macro strategist with State Street.

Not structural, as in, not permanent. Supply chain problems and energy spikes are things that should get worked out. One thing some people worry about is whether inflation is getting baked into wages and expectations — so far they’re not, said Mark Zandi, chief economist at Moody’s Analytics.

“Wage growth has improved, particularly among low-wage workers, but productivity growth has also picked up lockstep,” Zandi said. “So, the actual cost to businesses, it hasn’t really changed, so they’re not under pressure to raise prices more aggressively.”