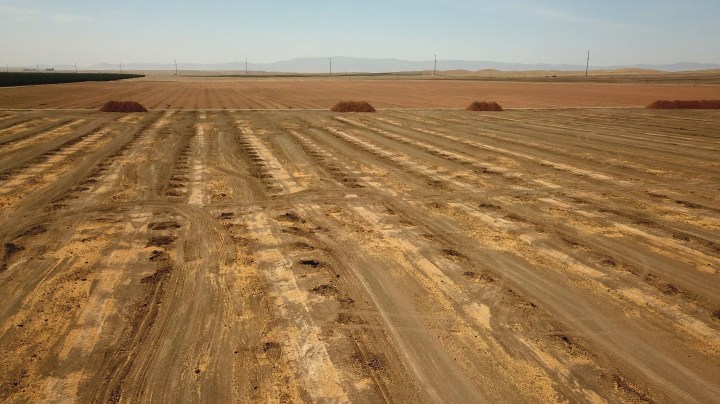 The entire state of California is now in a drought emergency; Governor Gavin Newsom made it official on Tuesday.

That was already true in much of the state, and it’s been having a big impact on farmers and ranchers — some of whom have been facing water cuts this summer. What happens in California does not stay in California when it comes to drought.

“It’s our largest agricultural producing state in the country. Fruits, vegetables, tree nuts, California produces over 90% of our production by value,” said Daniel Munch, an economist at the American Farm Bureau Federation.

So far, Munch said, American consumers haven’t really been feeling the effects of the drought in California. The longer the drought goes on, the more likely that is to change, according to Tapan Pathak, an agricultural climate scientist at the University of California, Merced.

“We could potentially see reduction in the availability of the fruits and vegetables that’s consumed by people every day,” Pathak said — things like lettuce, lemons, avocados and all sorts of nuts.

“At the same time, we could potentially see higher food prices,” Pathak added.

And Americans are generally used to pretty low food prices, said Jennifer Schmitt at the Institute on the Environment at the University of Minnesota. “That’s not going to be able to continue in a climate-changed world,” Schmitt said.

As extreme drought — and other extreme weather — become more common, “maybe we need to reconsider our priorities of what we should be growing and how we’re meeting our food needs,” Schmitt said.