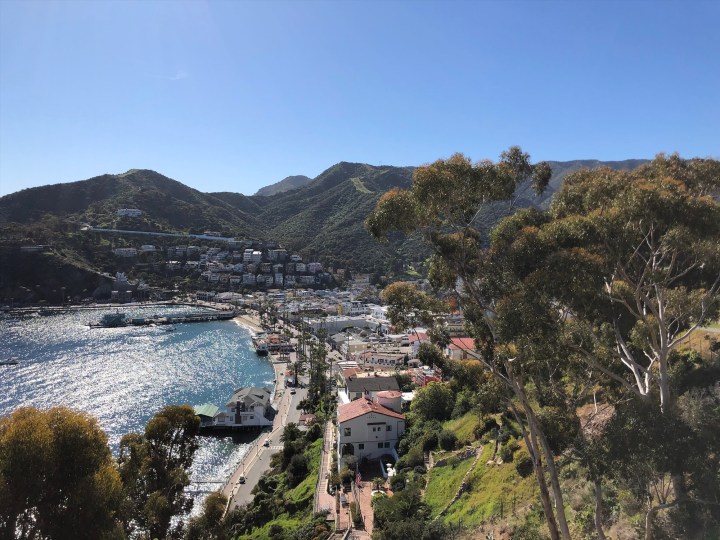 Santa Monica, California, used to rely heavily on water imported from the northern part of the state. But now less than half the coastal city’s water is imported, which spared the community from the state’s mandatory outdoor water restrictions that began at the beginning of June.

Standing at a water treatment plant a block from the ocean, Wang said the plant can process half a million gallons of water runoff every day. But since rain is a little sparse these days, Wang said, the city decided to start using saltwater.

“We also installed a saline infiltration gallery over on the other side of the pier … to fully utilize the treatment capacity here when stormwater urban runoff isn’t that available,” he said.

In 2013, half of Santa Monica’s water was imported, Wang said. By next year, it’ll be just 10%. Plus, local water is cheaper than imported water. Wang said Santa Monica water bills are 20% to 40% lower than those of nearby cities.

“Ten, 20, 30 years out, we’re going to be way under” imported water costs historically, he said.

Not every place can do what Santa Monica can. The city has great access to saline water. Ratepayers will pay back the loans used on the more than $200 million investment, but Wang said the relatively affluent city’s water agency had the money upfront.

Other places are also conserving and innovating, so they don’t have to import water at all, including one that has no choice. The roughly 4,000 people living on touristy Catalina Island are so remote that importing water isn’t an option.

The mayor of the city of Avalon, Anni Marshall, has lived on Catalina for 37 years. In the last drought, she said, the reservoir was about 11% full.

“And most of us don’t have yards,” Marshall said. “Basically, we sacrificed by reducing our personal water consumption by 40%.”

Marshall said she used to take showers standing over a bucket, using the water for her plants, and she did fewer loads of laundry.

“Now the tables have kind of turned. I feel so bad for the state of California, but I’m very happy for Catalina Island,” she said.

That’s because in 2016, Catalina invested in a second desalination plant, which turns saltwater into freshwater. Together the plants now process nearly 250,000 gallons of water per day, which is about 40% of the island’s drinking water.

“Before we relied heavily on desal, Catalina used to be the first in going into drought restrictions. Now that we rely so heavily on desal production, we’re at the back of the pack,” said Brian Leventhal, who represents the plants’ operator, Southern California Edison.

On top of that, most of the toilets on Catalina use saltwater, and some of the fire hydrants spit out saltwater. Edison is also working on adding another saltwater well to make more usable water at the plants.

The downside is desalination is one of the more costly ways to get freshwater. But Marshall said expensive water is better than no water at all.

“We’re all tickled to death that we have it or we would be looking at what the rest of the state is looking at,” she said.

The rest of the state is looking at worsening drought restrictions as the hot, dry summer drags on. The state has already banned watering decorative grass at businesses and subdivision common areas. State leaders say if residents don’t cut back, more restrictions could be on the horizon.