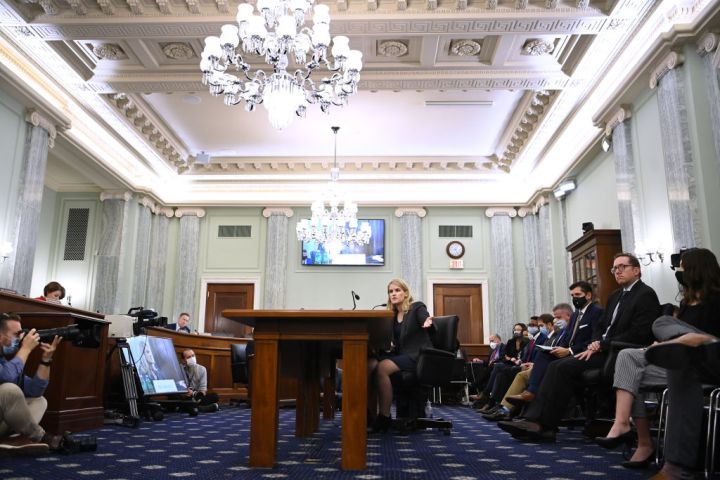 Facebook whistleblower Frances Haugen testified at a Senate hearing this week. She had one main message: pass laws requiring Facebook and the companies it owns, like Instagram, to open up about how their algorithms and business models work – because they sure won’t do that on their own.

Haugen spent nearly four hours before Senators, talking about what she saw when she was a product manager at Facebook. She said the company is too focused on metrics, including growing the number of people on the platform, especially younger ones. Below is an excerpt of her speaking with Sen. Brian Schatz of Hawaii.

Haugen: Facebook understands that if they want to continue to grow, they have to find new users … and the way they’ll do that is by making sure that children establish habits before they have good self regulation.

“With appropriate oversight … it’s possible that Facebook could actually be a much more profitable company five or 10 years down the road, because it wasn’t as toxic and not as many people quit it,” she said.

Senators on both sides of the aisle seemed ready to provide that oversight. Several brought up bills they want to pass that would require the company to change how it does business.