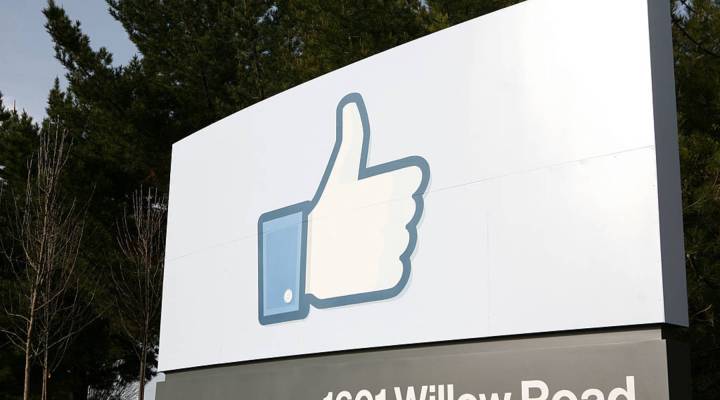 The career website Glassdoor has released its annual list of the best places to work in the U.S. Over the last 10 years, the survey has ranked companies based on employee feedback anonymously submitted on the Glassdoor website.

The top place goes to a certain social media giant that’s received criticism this year for how it’s handled the proliferation of “fake news.”

Glassdoor’s CEO, Robert Hohman, joined us to talk about Facebook’s public perception versus the way its employees perceive it, and the issue of sexual harassment in the workplace. Below is an edited transcript of the conversation.

Sabri Ben-Achour: What makes a company a good place to work at?

Robert Hohman: What we hear this year is mission and purpose. People want to work at a company where they know that the work that they’re doing 40, 60, 80 hours a week is aligned to something bigger than themselves.

Ben-Achour: So cue the drum roll: what is the best place to work?

Hohman: So the 2018 best place to work, as chosen by their employees, is Facebook. Now what’s really interesting about that is it is the third time that Facebook has been in the No. 1 spot, which makes them the only tech company to have ever done that.

Ben-Achour: It’s kind of interesting because Facebook comes under a lot of criticism. A lot of companies that are on this list have drawn public criticism for various reasons, but the data seem to suggest there is a difference between a company’s external versus internal reputation.

Hohman: Yeah, that’s right. If you look at the reviews of Facebook from their employees, what they’ll talk about is they love knowing that their work is impacting literally 2 billion people around the world. I think we’re working through the rough spots of social media, obviously. I was just joking with a colleague of mine — I think the printing press probably had a similar tectonic impact on society as we figured out how to use it. But the employees absolutely love knowing that they’re changing the world that way.

Ben-Achour: Given how much sexual harassment is in the news these days, I wonder if that comes through in your company, in your employee reviews, and whether you have given some thought to looking at HR  policies when you sort of figure out where the best places to work are?

Hohman: While Glassdoor is not a whistleblower platform, we do look at everything through the lens of, “Would this information be helpful to a job seeker making a decision on where to go to work?” And to that end, we actually do allow job seekers to discuss if there is sexual harassment in the workplace. We have not seen a particular increase in the number of discussions of that over the last decade, which is consistent with the idea that this has probably always been going on to some degree, it’s just becoming more visible now. Secondly, and this is the biggest one, it’s really hard to be racist, homophobic, you know, harass people in a world that has a really bright light shone on it. And we view that that’s our contribution. Part of our responsibility is helping to bring that transparency to the workplace.

Correction (Dec. 6, 2017): A previous headline misstated the consecutive number of times Facebook has ranked as the best company to work. The text has been corrected.