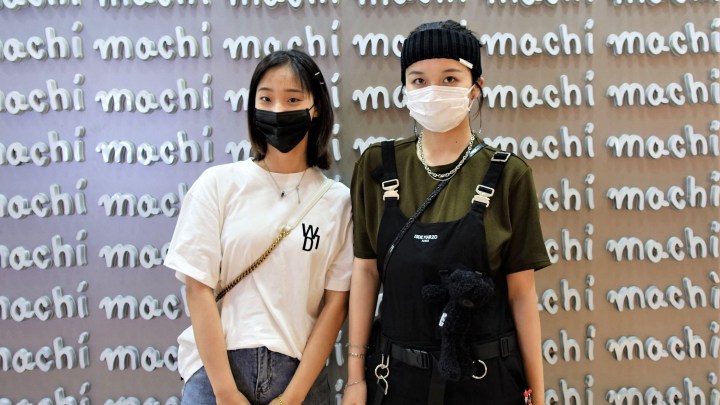 One of the most prominent window displays at Shanghai’s trendiest shopping center, TX Huaihai Youth Energy Center, belongs to skateboarding brand Vans’ only immersive experience boutique store in Asia. At one point it was decorated like a spaceship control deck in a mint green color.

The American company, like a lot of other vendors at the mall, must change its display every month or even every week.

“Sometimes customers say the changes are so drastic, it feels like they’ve come to a brand new place,” Tiffany Xu, head of the TX Huaihai project, said.

Shopping centers are fighting to attract buyers. The COVID-19 pandemic has exacerbated the trend towards online shopping. China’s total retail sales last year reached 39.2 trillion yuan ($6 trillion), of which offline sales accounted for 75%. That is a 10% decline from 2016.

Chinese consumers have e-commerce apps that allow them to buy anything from cars; groceries that arrive within 30 minutes; and luxury goods delivered by men wearing suits and white gloves.

“Seventy percent of what I buy is online and 30% of my purchases are offline,” economics major Chen Zhikai, said.

Still, the 19-year-old is pulled to visit TX Huaihai once a week when he can.

“I like its fashion boutiques and pop-up shops,” Chen said.

One advantage of offline shopping is the ability to try on clothing, according to his friend Zheng Xinyu, an accounting and finance major. He only orders online if he cannot find the right size. The same goes for shoes.

“I first got into the sneaker world buying basketball shoes next door. Then I got a pair of Adidas Yeezy and I started to buy a new pair of sneakers every month,” Zheng said.

“I went crazy for a while and now I regret some of those purchases,” Zheng said.

TX Huaihai opened its doors in late December 2019 and closed shortly afterwards because of the COVID-19 lockdown in China. It resumed operations after a six-month hiatus and today, the mall boasts 30,000 visitors daily. Its target market is 18- to 25-year-olds who shop “impulsively,” according to Xu. TX Huaihai carries harder to find brands.

Mall vendor, Innersect, a top organizer of Shanghai’s street culture events, sells Japan’s Bearbrick, which is a collectible toy bear. The items cost hundreds to thousands of dollars each.

TX Huaihai also includes DJ stations for consumers to spin a few tracks. There is an entire floor dedicated to emerging Chinese designers, a theater for talk shows and art exhibits, which include a permanent installation by multimedia collective TeamLab inside the mall’s nightclub. The mall also has a hair salon that specializes in coloring.

“Most fashionable young people today dye their hair and they change colors frequently. One day it’s red, the next it’s green. Young people see their hair color as an accessory that is as important as their clothing,” Xu said.

Customers can also play with cats. The cat café charges 68 yuan ($11) for two hours, which includes a cup of coffee.

“People line up for this on the weekend,” Xu said.

She would not divulge the profitability of the mall but said sales have been good.

“Take Vans as an example, the brand has a 1,000 square foot shop here. It generates more in sales per square foot than any other Vans store in China,” Xu said.

She said TX Huaihai succeeds without following the path of traditional malls, which rely on food outlets to drive foot traffic.

“The golden rule for shopping centers when I first started in the industry 12 years ago was 30% restaurants and 70% retail. This was considered a healthy ratio,” Xu said. “What is scary is that by the time we were planning for [TX Huaihai], some suburban malls flipped the ratio around to 70% restaurants and 30% retail.”

TX Huaihai has revived a stale stretch of commercial area on Huaihai Road into a hangout for the youth. Xu said the mall charges the highest rental rate on the block. Rather than fight e-commerce, TX Huaihai also provides a space for its vendors to livestream on Alibaba’s TMall.

The mall taps into celebrity endorsements to entice visitors.

Early education major, Yilina Li, made a visit to TX Huaihai just for the bubble tea by Machi Machi.

Next to the bubble tea stand is a nicely-lit wall to encourage selfies in front of the phrase: “I love you so machi” – a play on the bubble tea’s name.

There are plenty of other picture-ready places at TX Huaihai, which is by design.

“What can’t you buy online these days? So, what would make you come shop? Because we provide what’s called social capital. You can post beautiful pictures on your Wechat feed. You can show off to your friends that you’ve bought something they can’t get. You can brag that you’ve been to an offline event as a VIP,” Xu said.

Playing on this fear of missing out is how the mall hopes to keep young consumers coming back.