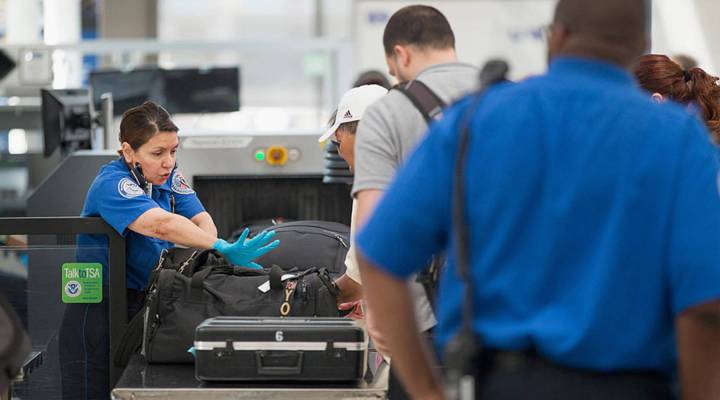 The federal government expanded significantly after the 9/11 attacks. New agencies were created – like the Department of Homeland Security (DHS) and Transportation Security Administration (TSA). More money was spent on counterterrorism, to prevent another attack. How much? It’s complicated.

This much we know: President Joe Biden has included about $52 billion for DHS in his 2022 budget request. The TSA is part of DHS and generally gets a roughly 10% slice of DHS’s budget, according to Heidi Peltier, director of the 20 Years of War Project at Boston University.

“The entire budget for the Department of Homeland Security has been roughly $1 trillion, cumulative, since 2003,” Peltier said.

“There’s no simple way to do that,” she explained. “Partly because, I think there’s obfuscation – partly by dysfunction and partly by design.”

Eaglen says some spending, for example by intelligence agencies, is classified. And there’s not even a government-wide definition of what counts as counter terrorism spending.  So it can’t be broken out of agency budgets, and added up. There’s also less transparency now. The Office of Management and Budget stopped tallying up the counterterrorism budget three years ago. Eaglen’s best estimate is 15% to 20% of all discretionary government spending per year, goes to prevent terror attacks.

“And if you were to look holistically back, since 9/11, it’s a number easily over $3 trillion,” Eaglen added.

Eaglen says if you can’t fully track and account for each of those dollars it’s hard to know if the money was well spent, or effective. But, the U.S. hasn’t had another terrorist attack on the scale of 9/11.

“We have been able to keep this country much safer than we had expected 10, 20 years ago,” said Erik Dahl, a retired Naval intelligence officer now teaching at the Naval Postgraduate School in Monterey, California.

Although Dahl says DHS needs to allocate more resources to tracking threats from domestic terrorism. And, with the U.S. withdrawal from Afghanistan, no one I spoke to thinks overall spending on counter terrorism will shrink anytime soon.