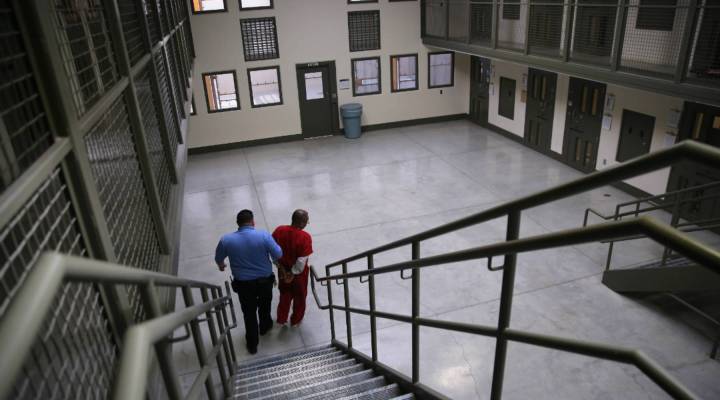 COPY
A guard escorts an immigrant detainee from a "segregation cell" back into the general population at the Adelanto Detention Facility. John Moore/Getty Images

A guard escorts an immigrant detainee from a "segregation cell" back into the general population at the Adelanto Detention Facility. John Moore/Getty Images
Listen Now

Donald Trump plans to give a major speech in Arizona on Wednesday on the subject of immigration reform.

As the debate over immigration continues in the campaign trail, the government is taking a new look at how it runs immigration detention centers. The Department of Homeland Security is re-evaluating its use of contractors to oversee these facilities.

The news comes on the heels of a similar move from the Department of Justice last week.

A key difference — roughly 10 percent of U.S. prisoners are kept in private facilities, compared to 60 percent of immigrant detainees.

Shapiro points out that the evidence that privatization is saving money has proven to be false.

Carl Takei, an attorney with the ACLU’s National Prison Project, said that could be because  lots of people are locked up who have no business being held in the first place.

He added that many of the same companies the Justice Department flagged for operating unsafe prisons also run immigrant detention centers.

“I think it’s going to be very hard for DHS officials to look at their relationships with the same companies that DOJ contracts with, and reach the opposite conclusion,” Takei said.

The Geo Group, one of the country’s largest prison contractors, said in a statement  it’s confident Homeland Security’s review will show it is providing “needed, cost-effective services, with improved safety outcomes.” 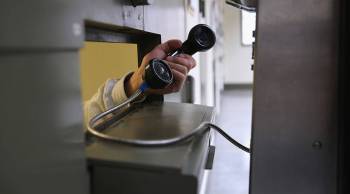