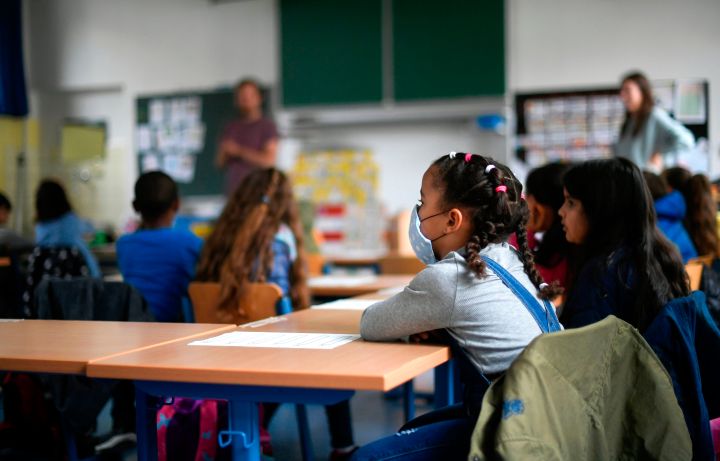 When the pandemic forced schools to close and learning to move online last year, it brought a lot of change to those in the school supply business. Nneka Brown, founder and CEO of Innovative Supplies Worldwide, which makes artistic notebooks, saw her sales drop 60% as a result.

“A lot of teachers were not passing out in-person assignments, so a lot of parents were not buying school supplies and let the kids do everything through laptops,” she said in an interview with Marketplace’s David Brancaccio.

Brown said sales are starting to pick back up as families prepare for a return to the classroom this fall, but it’s not quite at the level it used to be.

“I am seeing a pickup. But I’m also seeing that a lot of students, parents and teachers alike are still hesitant to leave the digital [world] altogether,” she told Brancaccio.

David Brancaccio: When the pandemic hit and schools went remote, I can’t imagine that was good for your business, selling paper notebooks. What happened to you?

Nneka Brown: It was not good at all. A lot of teachers were not passing out in-person assignments, so a lot of parents were not buying school supplies and let the kids do everything through laptops — which I feel like is not necessarily the best way to go because now kids are not getting the correct levels of handwriting experience that they should be getting. And it almost seems as if that’s become a dinosauric method, to write things down on paper.

Brancaccio: I know, right? When you got out of the service and were considering different businesses to get into, you would have thought that one sure thing is that, every August, people need to buy paper notebooks for school. And yet, we’re living in a weird time.

Brown: Absolutely. That was one of the first things that I felt like solidified my career choice. I knew, every August, this was going to be my year to shine and carry it forward into the next year. But now, as everything’s transferring to digital, it seems as if I’ve had to give that uphill fight for keeping tradition alive.

Brancaccio: Now, students are going back this time around. Are you seeing a pickup?

Brown: I am seeing a pickup. But I’m also seeing that a lot of students, parents and teachers alike are still hesitant to leave the digital [world] altogether. So that’s where I come in and advocate for there still being a note taking presence as well as a digital presence.

Brown: I feel as if I need to just make the case on our social media platforms. And then also, like you said, talking to the students and talking to the teachers and the parents. So going to some of the parent-teacher organization meetings and just advocating and letting them know that this is a beneficial aspect for the students to record their cognitive thoughts on paper.

Brancaccio: You referred to your military service — you spent nine years in the Army?

Brown: Yes, as a human resources specialist. And then the last three years of those nine years, I served in the 82nd Airborne Division jumping out of airplanes.

Brancaccio: And you emerged with a disability.

Brown: Yes, I had several traumatic brain injuries that resulted in me having to leave the military early. I had executive functioning that had been impacted from the concussions, working memory problems and sound and light sensitivity. So being in a cubicle all day with fluorescent lights just wasn’t cut out for me anymore.

Brancaccio: How are you feeling now?

Brown: Now, I feel better because I’m able to take the rest breaks that I need. And so I listen to my body. I listen to my brain. When I know that I need to shut down for a few hours and get some rest or step away from the computer screen, I do absolutely that and I feel no guilt behind it.

Brancaccio: Ms. Brown, what do you need most right now as a business owner?

Brown: What I need most right now are quality connections. I don’t feel as if, being a military veteran, my voice has much influence in the community. As a single mother, I feel as if a lot of people in the community look at me as if they don’t think that single mothers should be entrepreneurs. And also funding. I’ve been fundraising for the last five years for my business, and I’ve only raised $3,000. And to be a manufacturer, you need more than $3,000 to get a leg up in this America right now.

Brancaccio: I know that you’re focused in the Louisiana area, but can you take business from elsewhere?

Brancaccio: Because when you get those notebooks, they’re quite striking.

Brown: Absolutely, and it’s amazing to see something other than a soccer ball or a dog or a cat that you’re traditionally still seeing inside of stores today.