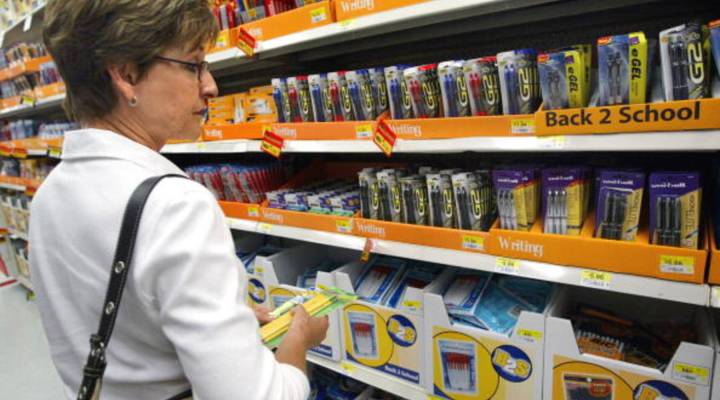 Second to only the holiday season in retail sales, back-to-school spending in the U.S. is expected to reach $82.8 billion this year for K to 12 schools and colleges combined, according to a survey by the National Retail Federation. Back-to-college spending takes the cake at $55.3 billion, while back-to-school for K to 12 is $27.5 billion.

From first time kindergartners to high school seniors, households returning to school this fall will spend an average of $684.79 per student. The majority of that spending will go towards clothing, however electronics, shoes and school-related materials such as notebooks and pens encompass a large amount of spending as well. College and graduate school students — whether paying for themselves or getting financial support from parents — are spending an average of $942.17 each, with the majority of that money going towards electronics, such as computers, calculators and phones. College students and their parents also have to factor in items that K through 12 students don’t, such as dorm furnishings, collegiate branding gear and gift cards. And many students are looking for more upscale dorm accommodations as of late.

We reached out to our audience at the beginning of August to ask how much people are spending on back to school items.

But parents and students aren’t the only ones who are shelling out cash to prepare for the school year. The U.S. Department of Education published a survey in May which showed that 94 percent of public K through 12 school teachers spent their own money on classroom supplies, without getting reimbursed, in the 2014-2015 school year. Of those teachers, the average spent was $479.

Josh Campbell, a civic and economics teacher at a large public high school in Winston-Salem, North Carolina, emailed us saying he spends $800 to $1,000 per year on just the basics for his classroom. Campbell said it’s not required or expected by his administration that he purchase these materials. He proudly chooses to do so — even though it’s difficult to stomach financially — because it helps provide a better learning environment for his students.

“Everything in my classroom, with the exception of the furniture, textbooks and projection technology, is completely self-funded,” he said. “Nothing on the walls, no communal supplies, no pencil sharpener.”

Campbell said purchasing supplies is the norm among his colleagues, across his school district and throughout the state. No matter the area, whether it be rural, suburbs, small towns or big cities, most teachers are dipping into their own earnings for classroom supplies. The U.S. Department of Education’s survey showed that teachers like Campbell fall on the higher end as far as spending is concerned. Only 7 percent of teachers reported spending more than $1,000.

Back-to-school season, which lasts from mid-July until the beginning of September, can put a big strain on the wallet for parents, college students and teachers. However, it’s not the only time of the year when school spending is in the picture. Campbell said his budget of $800 to $1,000 also covers restocking supplies in January. For parents, field trips often cost money and so do new clothes and shoes throughout the year.

Kate Pitman from Pala, California, emailed us about her back-to-school budget. Pitman has two boys, one is starting third grade and the other is going into kindergarten. She said she aimed to spend $150 on school supplies and $200 on clothes for both boys, but she went over her budget this year.

“I’ve already spent $250 and still haven’t bought anything with long sleeves, including jackets,” Pitman said. “Thankfully in California they won’t need warm clothes until November, so that gives us time to save for that.”

And, along with the back-to-school spending that never ends, the holiday shopping season will soon be looming over us all. 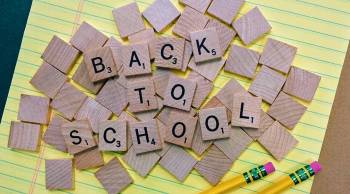