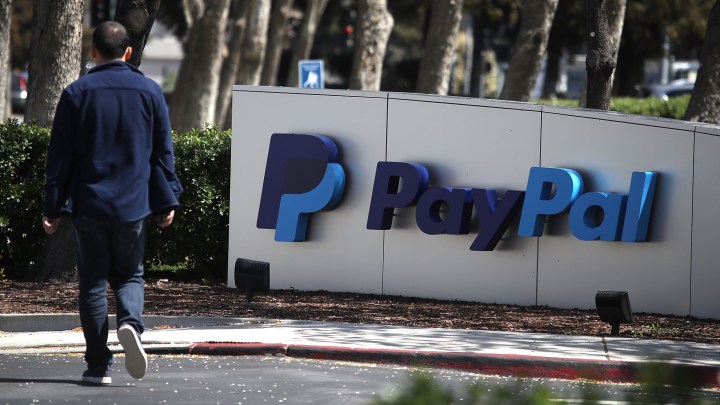 COPY
PayPal is deepening its relationship with the ADL to identify hate groups and stop them from utilizing the platform. Justin Sullivan via Getty Images

PayPal is deepening its relationship with the ADL to identify hate groups and stop them from utilizing the platform. Justin Sullivan via Getty Images
Listen Now

PayPal, the giant electronic-payments platform, has just announced it’ll work more closely with the Anti-Defamation League to try to thwart racist, anti-government and other radical hate groups that use PayPal to raise and move money around.

The partnership is aimed at understanding — and disrupting — extremist groups’ leveraging of Paypal and other global financial platforms to pay for their propaganda, recruitment and criminal activity.

PayPal began working with the ADL after the violent Unite the Right march in Charlottesville, Virginia, in 2017, said ADL CEO Jonathan Greenblatt. The new partnership expands that work to identify hate groups and stop them from selling merchandise, advertising, raising and sharing money via PayPal.

“We believe if we can attack the revenue sources of these hateful actors, we can weaken their reach and expose their techniques,” Greenblatt said.

“Forcing a group to raise money via cryptocurrency limits their audience, limits the number of people who will donate [and] it will limit the ease of which those people can donate,” he said.

Getting those groups off of platforms like Paypal won’t silence or stop them completely, Rogers said, but it’ll narrow their reach significantly.