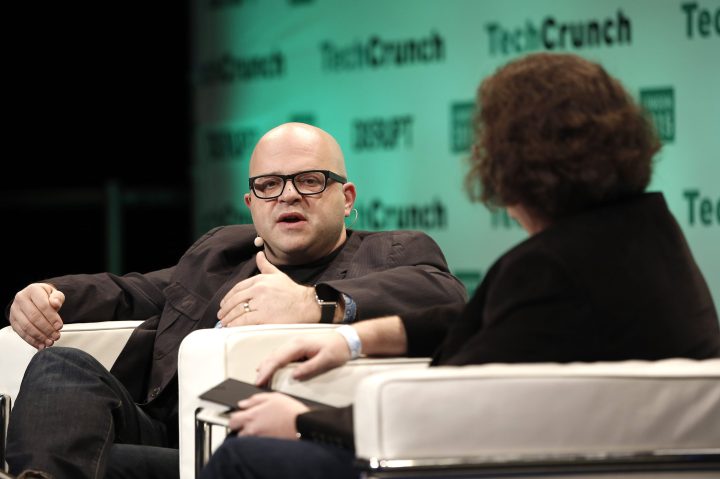 COPY
In a letter to employees, Twilio CEO Jeff Lawson, left, said layoffs would be carried out through an anti-racist/anti-oppression lens. John Phillips/Getty Images for TechCrunch

In a letter to employees, Twilio CEO Jeff Lawson, left, said layoffs would be carried out through an anti-racist/anti-oppression lens. John Phillips/Getty Images for TechCrunch
Listen Now

While unemployment claims dropped last week, layoffs at big companies – particularly in tech – continue to make headlines. Last Wednesday, communication platform Twilio announced it was shedding 11% of its workforce, but CEO Jeff Lawson said in a letter to employees the layoffs would be carried out through an “anti-racist/anti-oppression lens,” in order to avoid pronounced impacts to what he calls “marginalized” groups.

So what are anti-racist layoffs?

We don’t know exactly what Twilio meant with that phrase. The company didn’t respond to a request for comment.

But job cuts do affect some groups more than others, said Valerie Wilson at the Economic Policy Institute.

“We know that the Black unemployment rate is typically double the white unemployment rate. And we see that it rises faster, rises sooner, rises higher.” She added that this disparity raises questions about how companies conduct layoffs.

One factor could be unconscious bias, said Sarah Kaplan at the University of Toronto.

“It could be that managers, even if they’re not consciously doing it, they’re just thinking, ‘Who’s the better team player, who’s the better fit?’ and for them, it’s going to be someone who’s like them.”

In industries like tech – that have only recently begun to diversify – newer hires are more likely to be women or people of color, and they often face greater scrutiny on the job, said Kate Bahn at the Washington Center for Equitable Growth.

“And so yes, maybe you’re the last hired, but the fact that you maybe have shorter tenure within your job is reflecting these other structural biases across the labor market,” she said.

To break these patterns, employers have to recognize them, said Joseph Ifiegbu, founder and CEO of HR analytics firm Eqtble. He said companies committed to diversity equity and inclusion in hiring need to be as intentional when they let people go.

“If all white men were being laid off that would also be discriminatory,” she said.

Mitzel said the aim is not to shift disproportionate effects to any group, but to make sure cuts – in the unfortunate event they have to be made – happen evenly throughout the workforce.