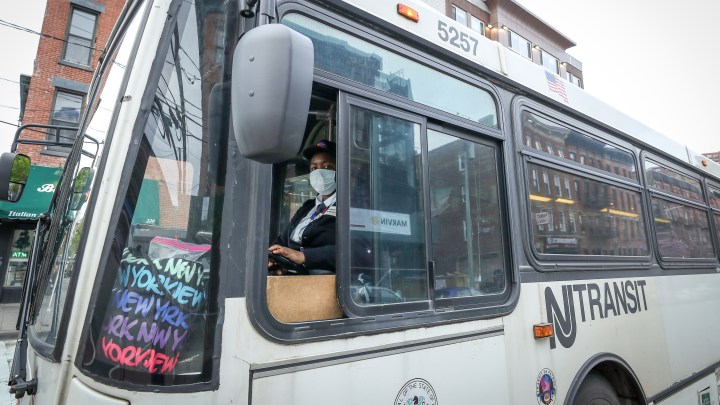 Delving into the job numbers we got Friday morning, Black unemployment ticked up a bit in August to 6.4%. That’s the second straight month the Black jobless rate has increased. Also worrying: While labor force participation went up for white, Hispanic and Asian workers, participation declined for Black workers.

Black workers historically have fared much worse than white workers when the economy slowed down. But should that have been expected this time around?

“So the Black-white unemployment gap has been shrinking faster during the recovery from the pandemic recession than the past two recoveries,” said Joelle Gamble, chief economist for the federal Department of Labor.

In May, the Black unemployment rate was less than double the white rate — not great, but historically, that’s a relatively narrow gap.

“They’ve been switching into sectors that are higher-paying, including in transportation and warehousing, construction, professional and business services,” Gamble said.

And Black workers have been moving away from lower-wage leisure and hospitality work. They now account for 20% of the transportation and utilities workforce.

The problem is those industries are vulnerable to an economic slowdown caused by the Federal Reserve raising interest rates.

When Howard University economist Bill Spriggs saw the jobs report Friday, his first thought was “disappointment and fear. Because the Black workforce is the canary in the coal mine. They’re already suffering,” he said.

Warehousing jobs declined in each of the last three months. Of course, inflation — what the Fed is trying to tamp down — erodes the buying power of Black workers’ earnings, along with those of everyone else. But Elise Gould at the Economic Policy Institute worries that, for Black workers especially, the cure may be worse than the disease.

“Attacking the labor market — in terms of bringing down inflation — is certainly going to have some casualties, and Black workers will be among them.”

Rate hikes are a blunt instrument, and they don’t impact every worker equally.