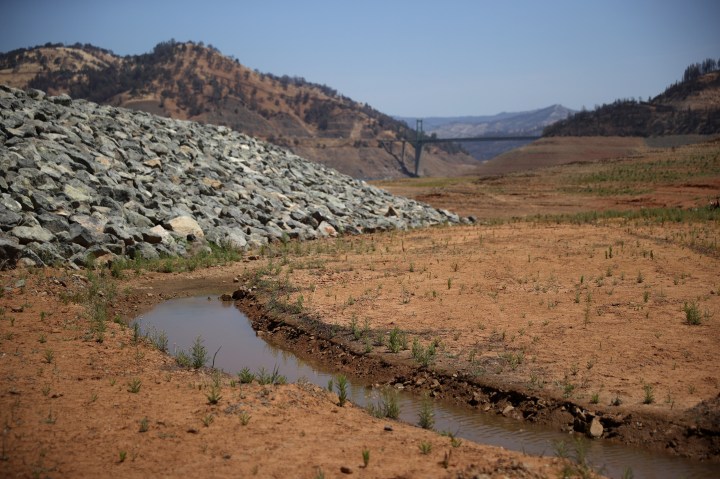 Increasingly destructive weather events are occurring round the globe, affecting everything from housing and the food supply to the utilities we use in our daily lives.

In June, residents of the Pacific Northwest region of the U.S. suffered under historic heat waves. At one point, the temperature in Portland, Oregon, reached 116 degrees, while the Canadian village of Lytton registered 121.

A report released last year by Datu Research, commissioned by the Environmental Defense Fund, looked at the economic costs of a range of weather disasters in the U.S. Datu found that each event caused damage equaling, or exceeding, $1 billion in states such as Texas, Florida and North Carolina.

“Climate change is really about equity and inequality. So almost all of the impacts that we study, we see just really stark dividing lines in who is getting hurt, by how much,” said Tamma Carleton, an assistant professor of environmental economics at the University of California, Santa Barbara.

Carleton said the poorest 5% of counties in the U.S. are projected to suffer nine times the overall economic damage of the richest 5%.

Vis Taraz, an assistant professor of economics at Smith College in Massachusetts, also noted that the costs of climate change are “unevenly borne.”

People are grappling with rising utility bills, and some are hit harder than others because they lack the resources to withstand extreme weather. “We could see that in a heat wave, where people without air conditioning could be the most hit,” Taraz said.

Aberrant storms are also having a catastrophic effect on households. More than 4 million people lost power when one hit Texas in February. Some power suppliers ended up charging their customers thousands of dollars, while low-income Black and Latinx communities in the state faced some of the biggest challenges.

The Texas Tribune reported that people of color in Texas tend to live in older homes with inadequate insulation and older pipes that aren’t well-equipped to handle extreme weather.

Elgie Holstein, senior director for strategic planning at the EDF, said climate change increases the frequency and severity of droughts, which leads to crop losses.

Taraz of Smith College, whose work focuses on low- and middle-income countries like India, pointed out that negative effects in the agricultural sector can spill over to other industries and harm families’ health and well-being.

“So your crop yields go down, but then child nutrition is affected,” Taraz said.

Lower yields may lead to higher food prices. Farmers in California, which has a $50 billion agriculture industry, say their wells have dried up and they do not have access to surface water allocations from the state.

Wildfires — which are becoming more destructive due to climate change and costing lives — obliterate property and increase federal, state and local firefighting costs, said the EDF’s Holstein, who underscored the point that those in lower-income communities already have less resilient housing.

The Aspen Institute wrote that “unaffordable and insecure housing leaves families less able to cope with unexpected expenses such as extensive repairs or rebuilding from flooding or wildfires.”

Homeowners’ insurance is also getting more expensive in parts of the U.S. like California and Florida, and is especially difficult to afford in areas considered high-risk.

In some of California’s highest-risk counties, many residents are retired and live on fixed incomes. They’re facing financial strain because of those rising insurance premiums, Marketplace’s Samantha Fields reported.

Going forward, Holstein said, we need new investments in clean transportation and to move away from carbon-emitting fossil fuels.

“Severe weather imposes a tax on every level of our society and every part of our economy,” he said.