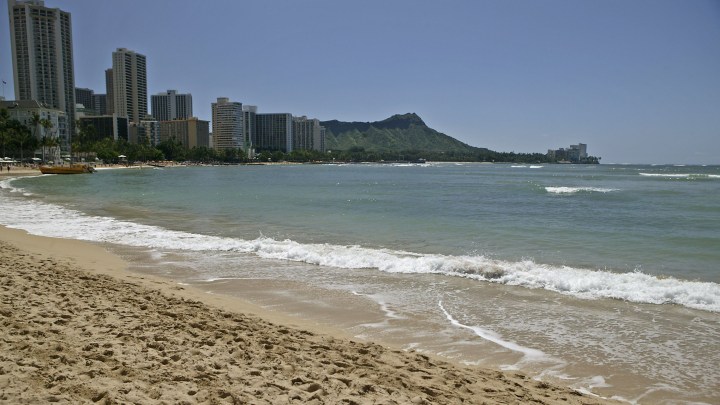 COPY
In Hawaii, around 30,000 visitors have been landing every day, which is approaching regular travel season numbers. Marco Garcia/Getty Images
COVID-19

In Hawaii, around 30,000 visitors have been landing every day, which is approaching regular travel season numbers. Marco Garcia/Getty Images
Listen Now

Just as summer gets underway, domestic tourism is bouncing back, but the labor supply can’t yet meet demand. American Airlines, for example, canceled hundreds of flights this week due to staffing shortages.

Even so, in Hawaii, around 30,000 visitors have been landing every day, which is approaching regular travel season numbers. The hospitality industry and the local businesses who rely on it are grateful but are struggling to keep up.

That’s partly due to vaccinations and international travel restrictions. Hawaii is less of a hassle for Americans than, say, Paris, Agrusa said.

But now there’s a labor crisis. Unemployment in Hawaii soared during the pandemic, yet these days restaurants and hotels are scrambling to rehire.

There, near, Waikiki Beach, is a cafe called Moke’s Bread & Breakfast. Owner Keola Warren said customers are lining up, and he’s scouring Craigslist looking for employees. “I ran ads for two months straight and got two applicants and neither were qualified for any of the positions they applied for,” he said.

Warren has scaled back the menu and hours. He’s not expecting the rush to cool off this season.